A Night at Dolly Parton’s (Dixie) Stampede in Pigeon Forge 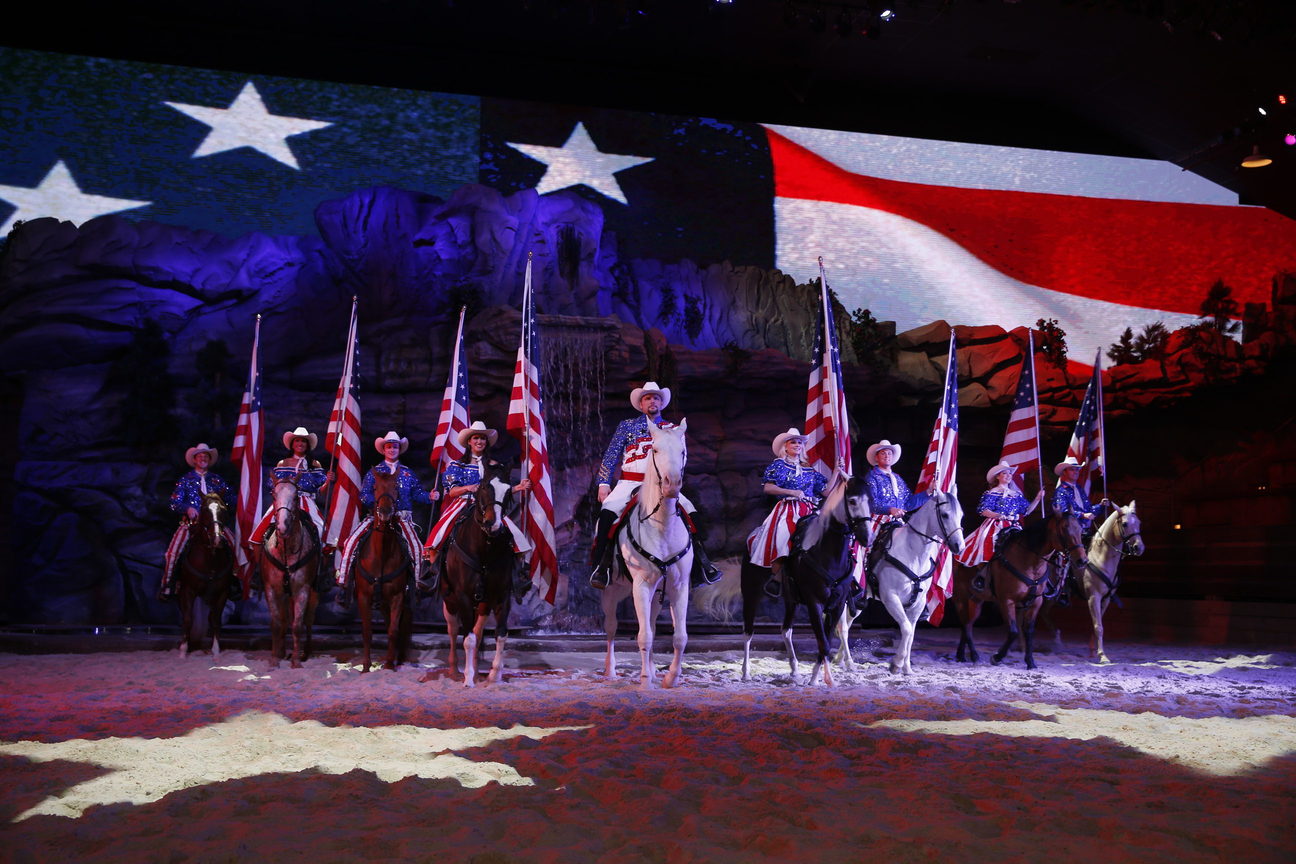 UPDATE: The shows name has since changed from Dixie Stampede to Dolly Parton’s Stampede.

Since moving to Pigeon Forge, Tim and I have been playing tourist. We’ve done some dinner shows and visited the local attractions. First on the list?Dolly Parton’s Stampede. By far one of the most famous Pigeon Forge attractions, it certainly didn’t disappoint! Here is everything you need to know about visiting Dolly Parton’s Dixie Stampede in Pigeon Forge or Branson.

Known as the most fun place to eat, you are in for a great night from the moment you step out of your car! There are two locations Dolly Parton’s Stampede: Pigeon Forge, TN and Branson, MO. With a four-course feast that will make your mouth water and top-notch riders that will amaze you, it is easy to see why this is the world’s most visited dinner attraction. And with Dolly’s name attached to it, you can expect world-class entertainment, unlike anything you’ve ever seen before!

OTHER READING: 10 Fun Things To Do In Pigeon Forge, Tennessee

There was a Dolly Parton Dixie Stampede location in Myrtle Beach, South Carolina but it is no longer open. The arena and building have been rebranded as Pirate’s Voyage Dinner and Show which we highly recommend! It is the same family fun and great entertainment you have come to expect from a Dolly production just themed around pirates.

Purchasing tickets for Dixie Stampede before hand is highly recommended. While it is possible to get tickets the day of or at the ticket booth in the off-season, shows during peak season often sell out.

How much are tickets?

Tickets for Dixie Stampede are between $60-$50 + tax for adults depending on where you get them. For preshow entertainment, a 4-course feast, and a show it is really worth it!

You can generally find coupons at local hotels or welcome centers in both Branson and Pigeon Forge. Just ask someone working if they have any discounts or coupons and they have usually provide you with a $5 off coupon.

And if they your hotel doesn’t have any, always make sure you check on their Facebook or other social media accounts for any promotions they might have currently. This also seems like a no brainer but often times they will have specials on their website or blog, so don’t forget to click around a bit!

If you plan on going to other area attractions, bundling your tickets is a great way to save a few dollars! Branson and Pigeon Forge are both hubs of family fun so try to plan a few things out. If you buy your tickets as a bundle, you’ll be able to save.

For those families who might not be doing other attractions, there are still ways to bundle with your hotel or cabin rental with Vacations Made Easy!

Before you even head into the building, the stars of the show are ready to be greeted on the Stampede Horse Walk. If you stop to pick up your tickets before show day make sure you stop by and meet them to avoid preshow crowds.

Each horse is in a personalized stall and they are the cutest things ever. You can read a little bit about each of them and what they do in the show. If you have kiddos, it is a must! While you’re there, you can also stop by the gift shop to pick up any gifts sans post-show crowds.

If you head over to the horse walk before your show, don’t forget about the preshow! Included in your ticket is the pre-show entertainment, so missing it is not something we recommend. It starts 50 mins before showtime and will get you pumped for the show to come. The shows are a little different at the two locations but it isn’t anything major. During both the Branson preshow and the Pigeon Forge preshow, you can purchase snacks like popcorn and nachos. Just make sure you save room for the main courses though, because it’s quite the feast!

Preshow at Dixie Stampede in Branson

In Branson, you’ll head to the Carriage Room for the pre-show. There, the White River Wranglers will play some awesome bluegrass and country music that will get you ready for the main show.

Mountain Rukus is the band at the pre-show in Pigeon Forge. And it is made up of some of Dolly’s old bandmates. The band includes Gary Davis who is actually the only four-time banjo champ in the entire country! The award-winning members perform bluegrass tunes and even bring in some modern favorites!

After the preshow, you’ll head in the area as everyone finds their seats. Honestly, there are no bad seats in the house! As you cheer for your respective side (North or South) it is hard not to let your competitive side shine a bit. Tim and I sat on the Northside and had our boot mugs ready for a foot-stompin’ good time. Is it a little corny? Sure. But we loved every minute of it! This amazing production is a favorite of so many for good reason. There is music, fun, comedy, and trick riding thrills that will keep you entertained. They start serving the food pretty quickly too which I was very impressed with.

One of the things people love most about going to Dolly Parton’s shows is the food – especially that AMAZING soup! The standard meal consists of a mouthwatering tender whole rotisserie chicken, hickory smoked barbecued pork loin, Dolly’s original creamy vegetable soup, a delicious homemade biscuit, hot buttered corn on the cob, herb-basted potato, and a turnover for dessert.

The good news is that they bring you a doggie bag for leftovers. Honestly, there really is no way you can leave this place hungry!

I had heard all about the Famous Dixie Stampede creamy soup before the show and I honestly thought “It can’t be that great.” I am here to openly admit that I was wrong and it is that great! I prefer the vegetarian meal because I normally don’t eat a heavy dinner. I take my soup and use it as a sauce for my pasta and its delicious!

One of my favorite parts of the show was the Native American scene that included buffalo and an areal act! When paired with the backdrop of Dolly Parton’s “Sha Kon O Hey!” the two perfectly complement each other. I don’t want to give too much of the show away, so I will leave you with this: The finale number… WOAH! After the friendly competition, delicious food, and hilarious audience participation, the finale is the perfect way to end the night!

If you loved the soup don’t forget to stop by the gift shop to pick some up to make at home! I also highly recommend the chicken rub and BBQ Sauce! Last time we were there, I thought the gift shop was very reasonably priced.

Fun Fact: Dolly Parton’s Dixie Stampede has the largest stick horse collection at the Pigeon Forge location. You can see the collection in shadow boxes as you walk through the building. As you exit the arena, near the elevator you will also find a stick horse made by Dolly herself! 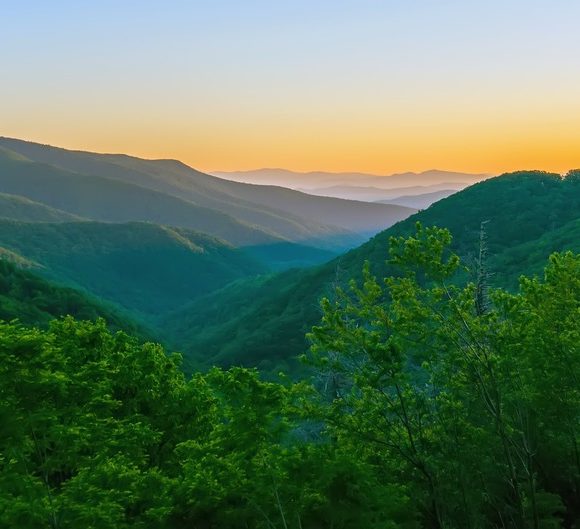 10 Things to do in Pigeon Forge, TN

Things to do in Pigeon Forge Summer vacation is filled with road trips, cook outs, and family time. Pigeon Forge and the Great Smoky Mountains National Park are very popular family vacation destinations with a number of attractions and things to do. And it is […] 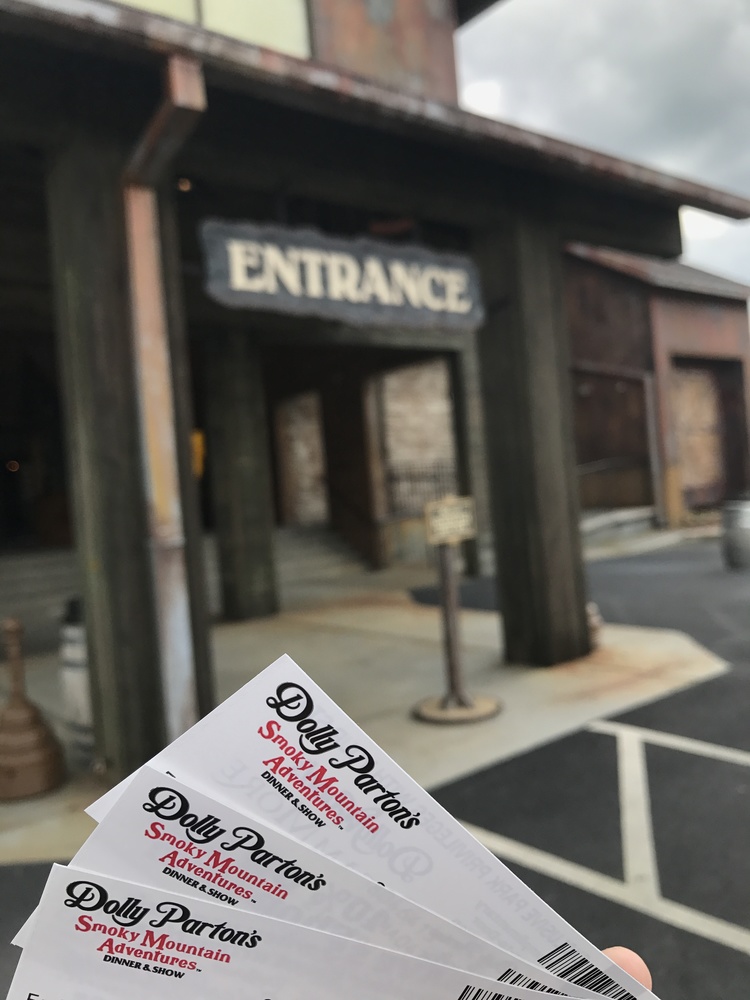 There is a new show in town, ladies and gentlemen! So back your bags, head over to Pigeon Forge and be ready to see Dolly Parton’s Smoky Mountain Adventures. You are in for a great time filled with family fun and memories you will keep […] 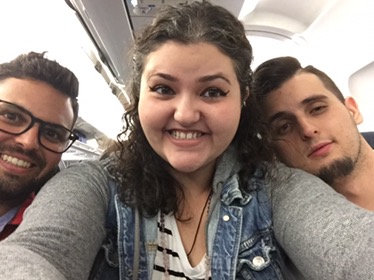 The McKenna’s Go To Colombia: Recap of Our Family Vacation

Our trip to Colombia was more than just an overseas adventure…