Everything You Should Know Before You Visit Colombia 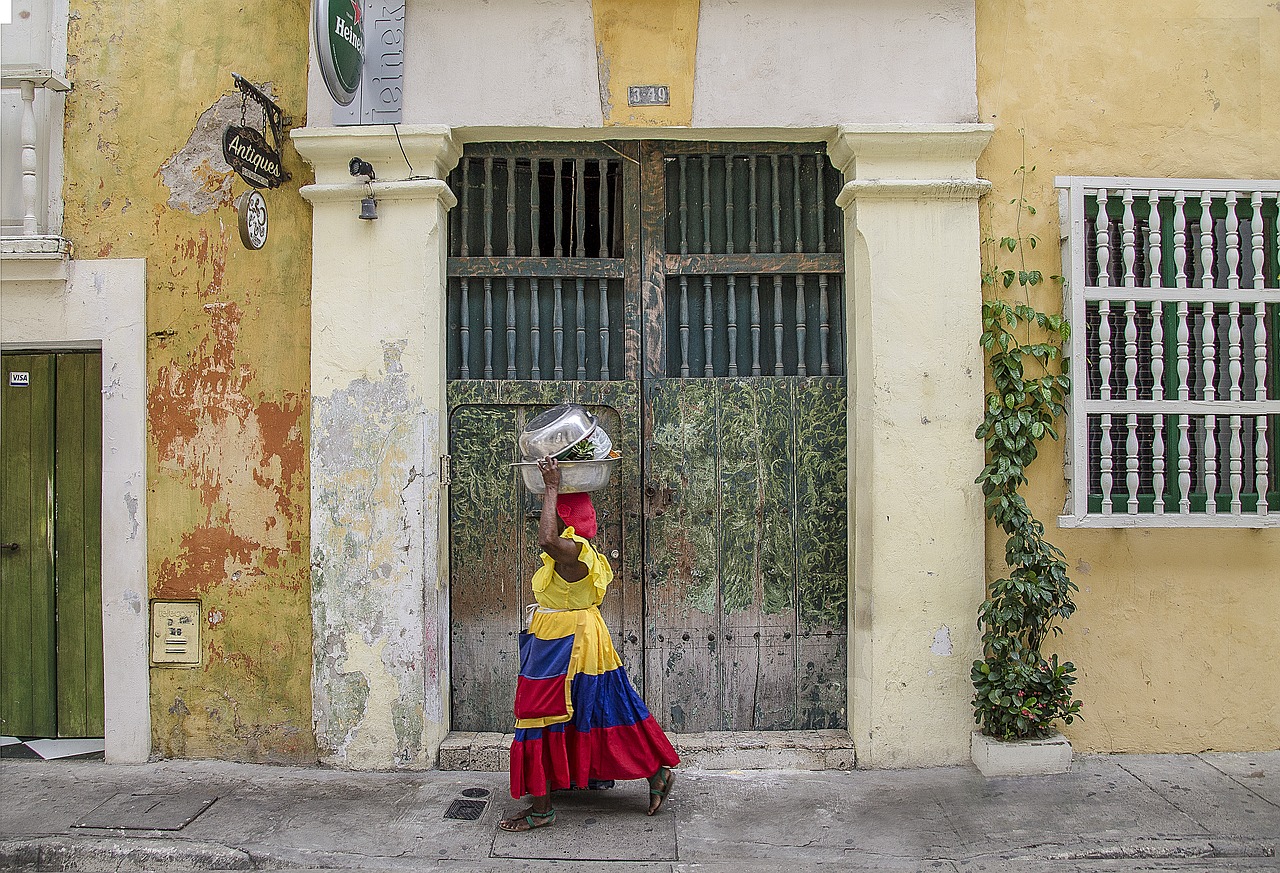 I’ve spent a lot of time in Colombia. I spent my summers growing up visiting my maternal grandparents after we lived in Bogota for a few years. I now try to go every few years since my parents moved back before Tim and I got married. I’ve had quite a few people ask me what they should know before they travel to Colombia after our last trip there. So, naturally, I turned to the blog to get it all in one place!

What to expect when traveling to Colombia

Colombia is growing in popularity and every year more and more visitors are heading to this South American gem of a country. It has topped major travel lists year after year which means that over three million people visit a year! From Santa Marta to Bogota and from the Amazon to La Guajira, there is so much to see and do.

Read on: 40 Pictures That Prove You Need To Visit Colombia

Because of how popular a destination it is becoming, you’ll want to try to visit outside of peak season. Something else to keep in mind when planning your trip is that many Colombians travel within their country for major holidays and festivals. You’ll have to keep an eye out for international peak season as well as double-check to make sure no work holidays are going on either. True story, when we went to visit my parents this year, we figured we would take a day trip to Cali and find a hotel when we got there. Both my parents and I forgot that it was a major school break which meant that many families were taking a weekend trip so we couldn’t find any reasonably priced hotels.

Its Colombia, not Columbia

One of the biggest mistakes many people make it misspelling the country. And nothing makes you look more like a fool then putting that “u” in there so spell it right, my friends! And say it with me Co-lom-bia.

Colombia is a very diverse country

When I say that Colombia has something for everyone I’m not lying. You want to lay on a beach and scuba dive? Its got it. Love history and want world-class museums? Look no further. Looking to eat your way through culinary delights? Check. Want to explore a jungle? You can do that in Colombia. Are you looking for Spanish influence? Want to dance to African inspired music? Colombia is a diverse country with its landscapes, its climates, its culture, and what it has to offer.

This diversity means that when you travel to Colombia, you have a lot of options. And with options, comes a lot of research! This diversity also means that if you plan on city-hopping, you might have to pack for multiple climates.

Colombia used to not be safe but now it is. It has taken its past and redefined itself as a country. And even during some of its darker points in history, Colombia has always had a large tourism industry. Now that Colombia is such a popular destination, cities frequented by travelers are even safer than before.

There is police and military presence all over the country so you will definitely feel safe!

Pro Tip: I suggest looking at booking an Airbnb experience where you can see the city and neighborhood through the eyes of a local as they show you the parts of their hometown they love most! You can find historic walking tours, culinary experiences, and unique things to do all over Colombia.

It is completely necessary but having an understanding of Spanish or a translation app can come in handy. While there are a large number of English speakers or locals who will understand the basics, being able to communicate more detailedly can be beneficial.

Street vendors will sell you anything and everything

The street vendors are all over Colombia. From movies to cleaning supplies and from fresh fruit to toys, you can probably get it from a street vendor. In more touristy areas like Cartagena or San Adres, they can be overwhelming. Just remember that they are trying to make a living, don’t be rude, and politely tell them “no gracias.”

Tips for eating and drinking in Colombia

Tim has a more sensitive stomach than I do, so he always drinks bottled water and brushes his teeth with it. Bigger cities will be okay to drink from the tap but if you know your stomach gets iffy with new things, play it safe. You can get water bottles or bags of water which are cheaper.

I love me a good corientazo! These daily menus are made each day and come at a great price tag. They generally include soup, a side salad, a choice of meat (generally pork, chicken or beef), white rice, fried plantains, daily vegetable, and a juice or lemonade. All that for under $15,000 COP and sometimes are even cheaper, can you see why it’s pretty amazing?

There is nothing that will show you more about culture than seeing how they shop and where. One of my favorite things to do when I travel is going to local markets, shopping plazas, and seeing where locals are going to spend their money.

When it comes to goods, I have found amazing things for a fraction of the price they sell for in more touristy areas. Not to mention some of the best meals in my life when I’ve asked locals where to go for lunch.

Read on: Travel To Colombia, Everything You Need To Know About Visiting On A Budget

Aside from the airport or major transportation hubs, be prepared to use the local currency, the Colombian Peso (COP). The peso is not a decimalized currency like the US Dollar, its denominations are in the thousands.

There are ATMs within banks as well as stand-alone ones. ATMs in bigger cities are a dime a dozen but in some small towns, they can be limited. If you are staying in a smaller town, pull cash out sooner rather than later as the machines can run out of money during peak weekends and holidays.

Credit Cards are accepted around the country with a few exceptions. Smaller shops or family-owned establishments might not take plastic, so be sure to ask when you walk in to be sure.

Tipping can sometimes be included, though it won’t be referred to as a tip (propina). It will be listed as the “service” (servicio). If you aren’t sure, you can always ask your serve and they can let you know.

Something else to note about Colombia is that all prices have the tax already included. It makes shopping that much easier since you don’t have any additional math to do. When you travel to Colombia, having a currency that goes by the thousands can be hard to adjust to so I appreciate that tax is already included. I seriously wish we did that in the US!

Take the bus and other public transit

The cheapest way to travel is by bus and other forms of public transportation. Buses stop along main streets and there are some “common” stops but just remember they aren’t marked with a sign like they are in the US. Bus experiences will vary from bus to bus but one thing you never want to do is leave your bags under your seat or above your head, always keep them on you.

Bigger cities like Bogota, Medellin, and Manizales have established public transit that looks more like what you can find in the US or Europe with designated stops, routes, and bus lanes. Medellin and Manizales even have a metro cable that inexpensively gets you to the main areas of the city.

If you are traveling from one city to another, like Cartagena to Santa Marta, head to a hostel or the transportation terminal to buy tickets for an express minibus. Though there are flights from one part of Colombia to another, oftentimes buses will be cheaper and even faster.

When it comes to taxis if you can get your hostel or restaurant to call a taxi for you, I recommend it. Depending on where you are going, oftentimes they can tell you roughly how much it will be so you have an estimate. If you are already out, it is safe to hail a taxi from a corner just make sure you you check the meter.

All the taxis in Colombia’s bigger cities will run on a meter which they should turn on once you get into the cab. If they don’t turn it on, make sure you point it out to your driver. Smaller cities don’t have meters and you’ll have to ask the driver what the fare will be. To make sure you aren’t getting inflated tourist prices, ask someone at your hotel or a server what fares generally go for. And whatever you do, do not slam the door! Taxi drivers are very serious about this and I myself have gotten some angry words because, as my mom will attest to, I notoriously slam car doors.

Here are some books I recommend to check out before your trip. And even though researching ahead of your trip is always the goal we definitely suggest bringing a guidebook along with you.