Best Japanese Dishes to Try When You Travel to Japan 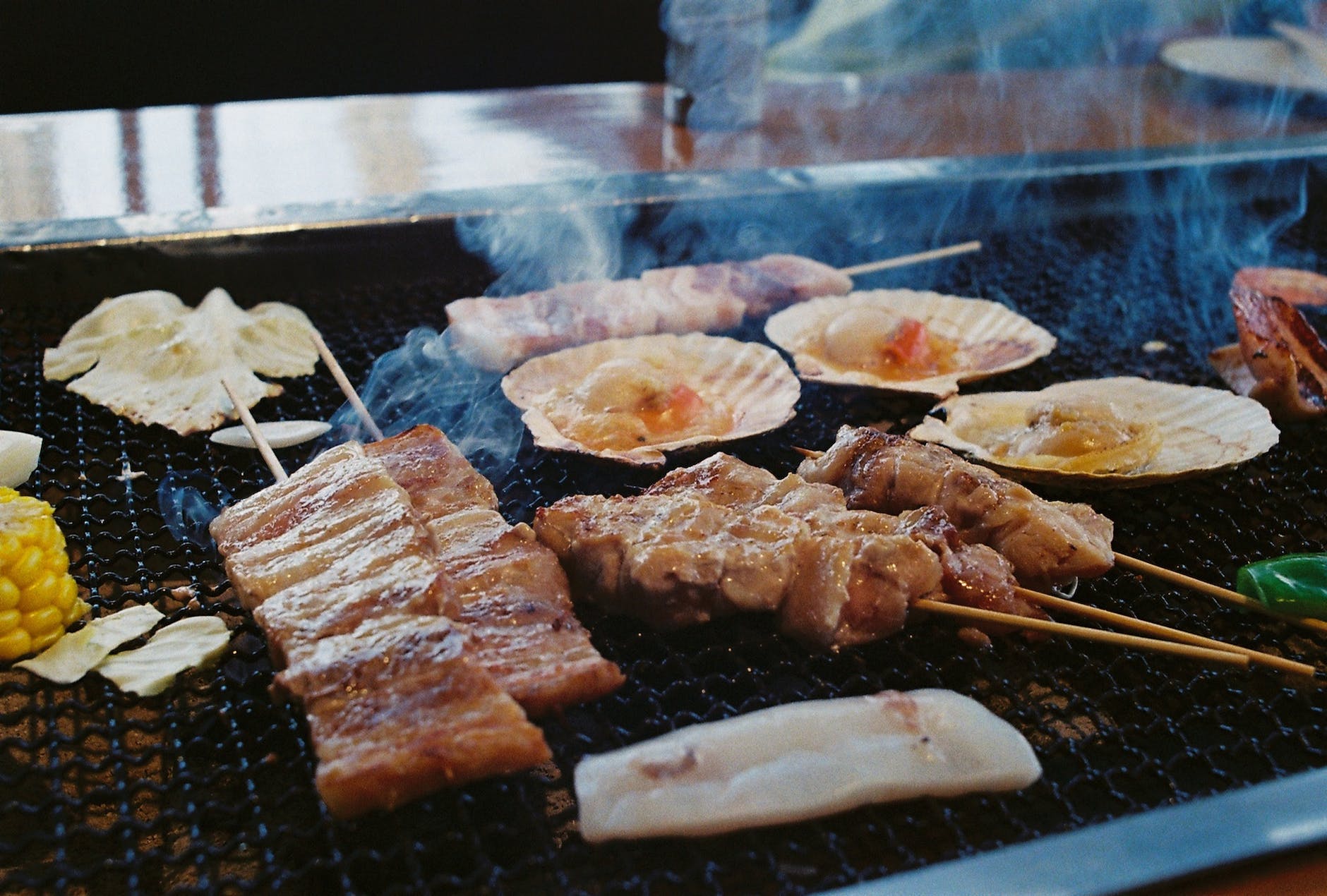 With its unique mix of traditional and modern, Japanese cuisine is a favorite among foodies – and for good reason! Traditional Japanese food offers a wide variety of flavors that you’ll fall in love with! From sushi and ramen to tempura and yakitori, there’s something for everyone! Whether you’re visiting Japan or just curious about its cuisine, here are some of the most best Japanese dishes that should definitely not be missed!

One of the most iconic Japanese dishes is sushi! It is composed of vinegared rice combined with various toppings such as fish (raw or cooked), vegetables, egg omelet strips etc., then rolled up inside seaweed sheets called nori. There are many different types of sushi including maki rolls (with the ingredients wrapped in nori) and nigiri (hand-pressed blocks). Sushi is usually served with pickled ginger slices which help cleanse your palate between bites.

is a traditional Japanese food made of raw selfish cut into small pieces and served with soy sauce. By adding condiments like wasabi or ginger, sashimi becomes even more delicious. You can enjoy sashimi in places other than Japan, but the level of freshness is different. If you are looking for somewhere cheap to enjoy sashimi, why not try a set meal at a restaurant near a fishing port, but if you’re willing to spend a little more, you should visit a sushi restaurant or a traditional Japanese restaurant – we guarantee you won’t be disappointed! If you stay at a Japanese inn, you will probably find sashimi on the menu there.

This Japanese staple consists of wheat noodles in a broth flavored with soy sauce, miso, or other ingredients. The soup is usually topped with various toppings such as chashu (simmered pork), nori seaweed, boiled egg slices, and green onions. Ramen has become incredibly popular worldwide thanks to its delicious flavor and convenience. Ramen: Ramen noodles are thin wheat noodles served in a hot broth made from pork bones or seafood stock along with soy sauce or miso paste. The broth is often topped off with slices of pork, boiled eggs, and vegetables like seaweed. There are many regional varieties of ramen all over Japan such as Tokyo-style shoyu ramen (in a light soy sauce broth) or Sapporo-style miso ramen (in a rich miso broth).

A popular deep-fried dish, tempura is made by coating vegetables and seafood in a light-as-air batter before frying. It’s often served with tentsuyu dipping sauce which is made from dashi broth, mirin and soy sauce. Tempura is a great way to enjoy the fresh flavors of seasonal ingredients without

Tempura is a type of deep-fried food made with seafood or vegetables which have been battered in egg and flour. The dish originated from the Portuguese who taught it to the Japanese in the 16th century. It’s now one of the most popular dishes in Japan and is often served alongside dipping sauces such as tentsuyu (a mixture of dashi, soya sauce, mirin, and sugar) or ponzu (a citrus-based sauce).

Sukiyaki is a Japanese dish where meat and vegetables are stewed in an iron pot. The sauce is known as warishit and is made from soy sauce and sugar. You’ll find a lot of variation in the ingredients used based on the region. This is a great dish that if you have the chance to try, don’t miss it!

This traditional Japanese food is a buckwheat flour noodle dish. The soba noodles are eaten with soy sauce and topped with things like egg, tempura, and vegetables. The varied toppings are usually displayed at restaurants making it really easy to decide what to order!

One of th best Japanese dishes in my opinon is Guidon. The dish is a bowl of rice is topped with beef that turned into my comfort food when we lived in Chicago. The dish is simple, but often comes with a few other toppings. I always have mine with pickled ginger and a jammy egg when we make it at home!

Yakitori is a common street food in Japan that consists of skewered chicken grilled over charcoal. The chicken is deliciously seasoned with a sweet salt or soy sauce-based sauce and barbecued. There are yakitori bars in most cities throughout Japan and we highly recommend going to one.

A visit to Japan is not complete without sampling some of the unique and delicious. From sushi to tempura, ramen to yakitori, there are plenty of dishes that will tantalize your taste buds and leave you wanting more!

Things To Do In Tarpon Springs, A Greek Town Full of Sponges
Exploring Cairo, Best Places to Visit and Things to do in Egypt