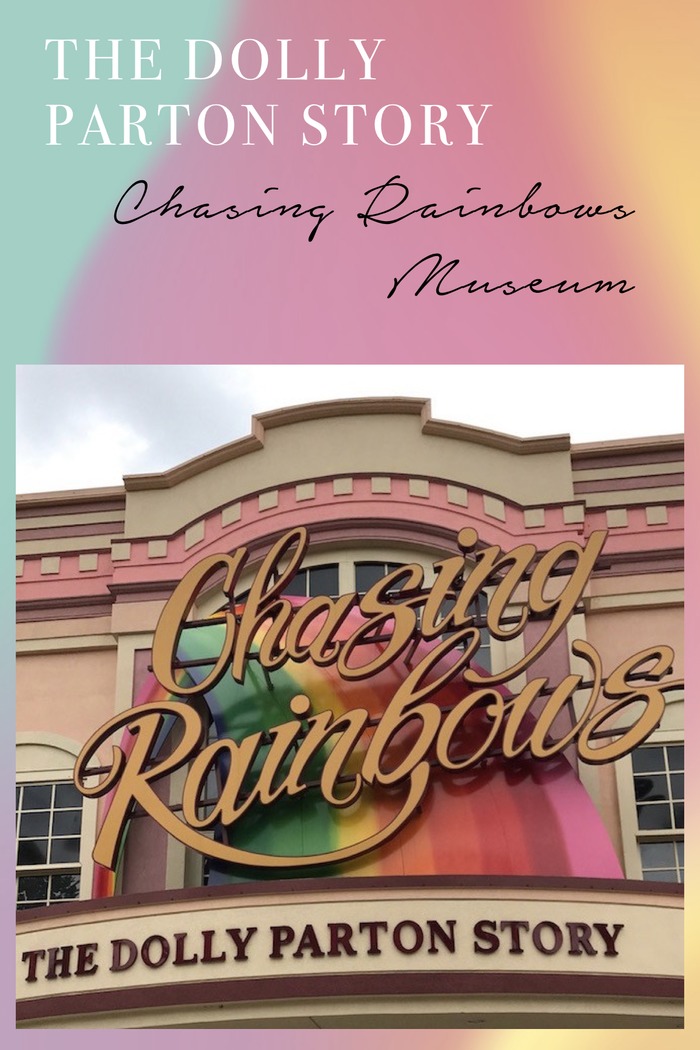 This article contains affiliate links at no cost to you.

Living in East Tennessee means that Dolly Parton is everywhere. From brochures to billboards, Dear Dolly is a staple of this region. She is “Smoky Mountain girl” who dreamed big enough to leave these mountains for big adventures that have taken here all over the world. And her theme park Dollywood is a testament to that dream!Her accomplishments and accolades are housed inside Dollywood in her very own museum. Appropriately called “Chasing Rainbows” which is neighbor to her home on wheels and now retired tour bus, you find yourself walking through Dolly’s story one rhinestone outfit and award at a time. 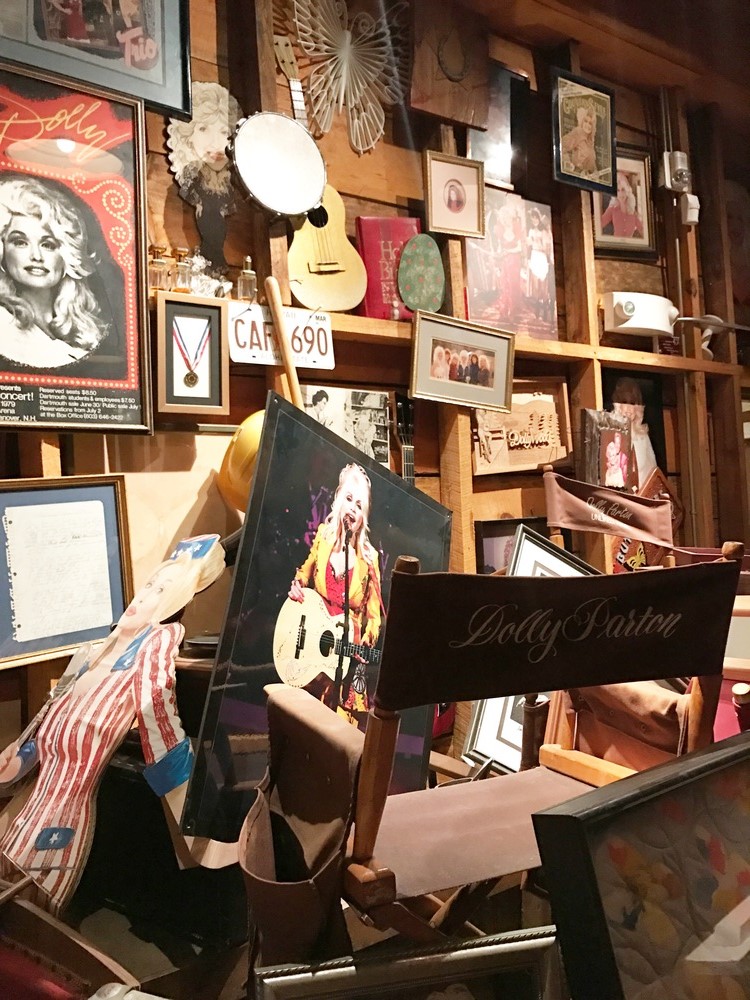 Stepping into the museum, you are greeted by numerous photos of Dolly Parton and her friends: Jonathan Taylor Thomas, Jane Fonda, Sylvester Stallone, Cher, Lily Tomlin, Carol Burnett, Johnny Cash, and a variety of other big names. As you make your way up the stairs, you find yourself in an attic. Dolly’s attic. And it is filled with her “stuff.” This is where the real adventure begins…

“I’m a collector of stuff, I keep EVERYTHING. And you know what I’ve discovered? A lot of stuff I’ve saved is tied to dreams that helped shape my life. I hope seeing my stuff inspires you to have some dreams you’ll want to collect.” – Dolly Parton

The museum starts off incredibly personal. You see a copy of Dolly’s birth certificate and the original doctor’s bag belonging to the doctor that delivered Dolly, Dr. Robert F. Thomas, whom she dedicated the in park chapel to at Dollywood.

A point of interest inside Dollywood’s Chasing Rainbows Museum is the Tennessee Mountain Home area in the museum includes a replica of a cabin like the one in which Dolly grew up. Near the mountain home exhibit is a replica of the coat that Dolly’s mother made for her is displayed, her Coat of Many Colors. The replica was made by Avie Lee, Dolly’s mother, after the song had become a hit as the original one had been reused/repurposed. In the display you will also find Porter Wagoner‘s laundry slip on the back of which Dolly wrote the song! 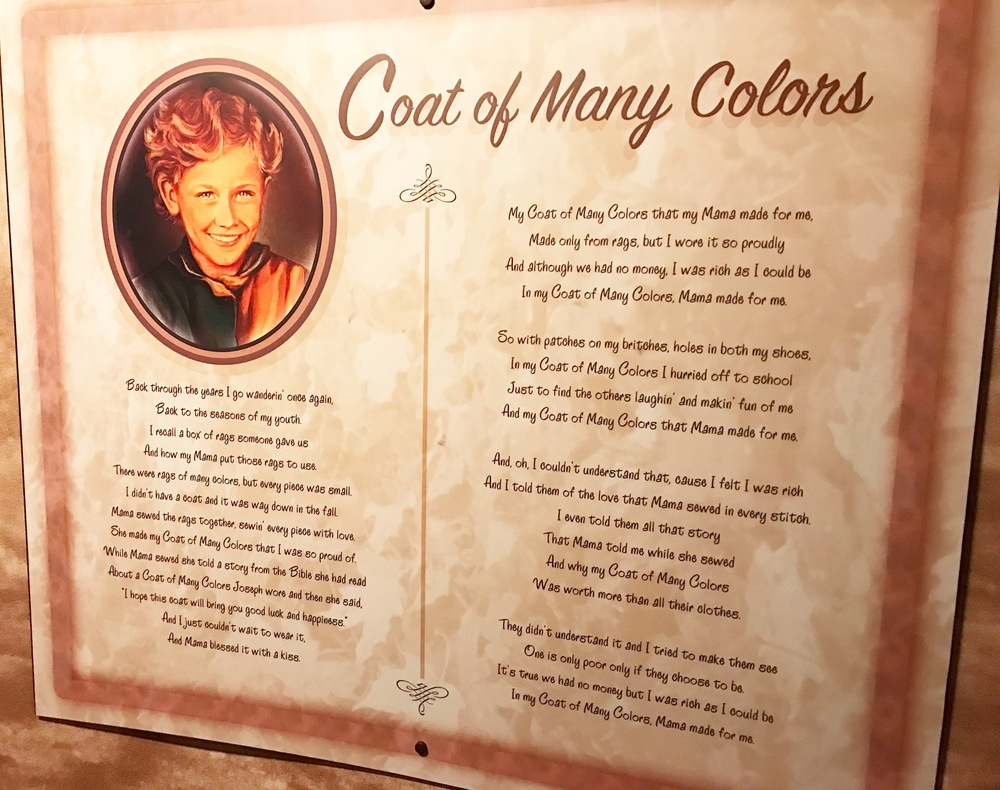 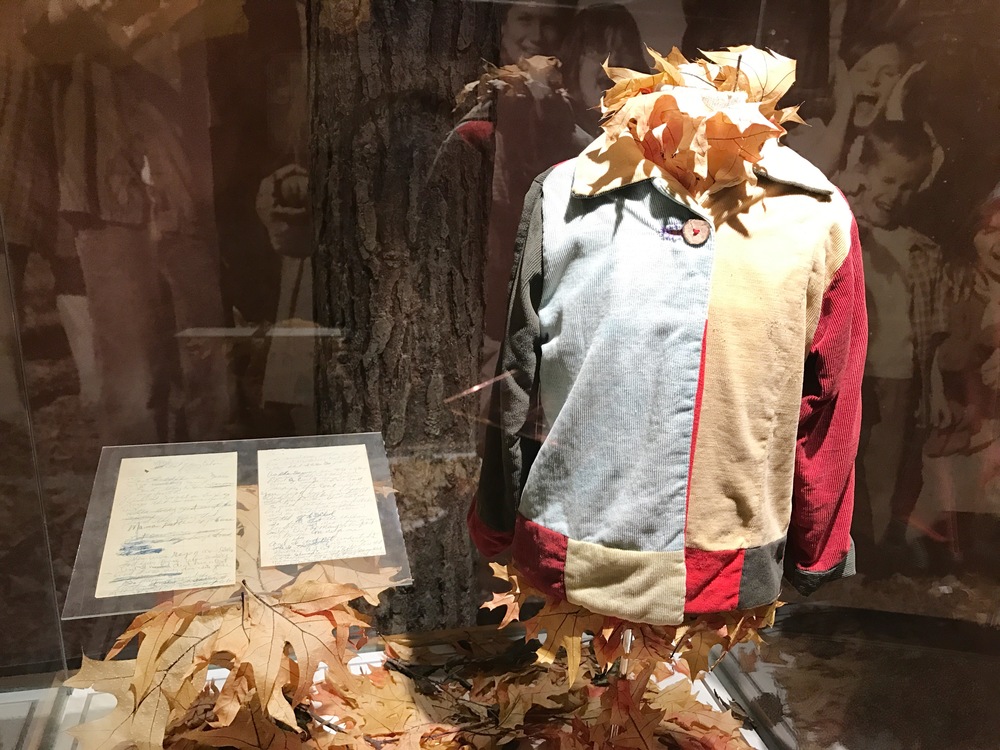 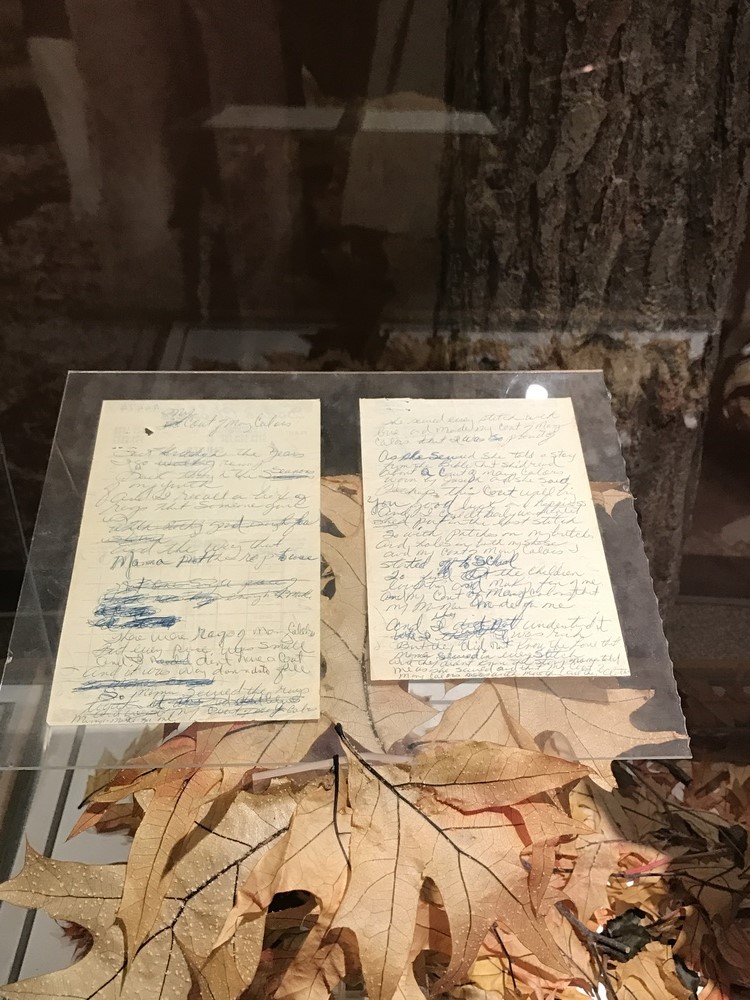 The personal items in the museum include costumes, wigs, and awards. Costumes from 9 to 5, The Best Little Whorehouse in Texas, Rhinestone, Steel Magnolias, and Straight Talk are showcased in carefully curated displays. With a whole section being dedicated to her Coat of Many Colors movies. Collections of hand-written lyrics can also be found. Dolly’s lyrics are written on the back of receipts, napkins, and pieces of scrap paper… anything that was available when inspiration struck. 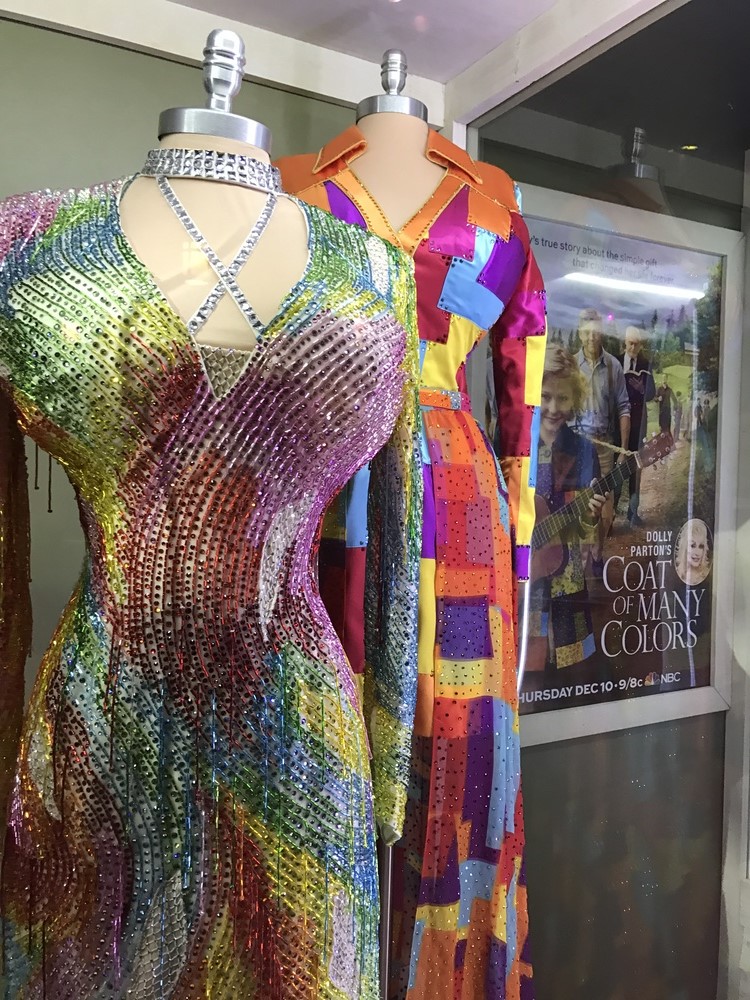 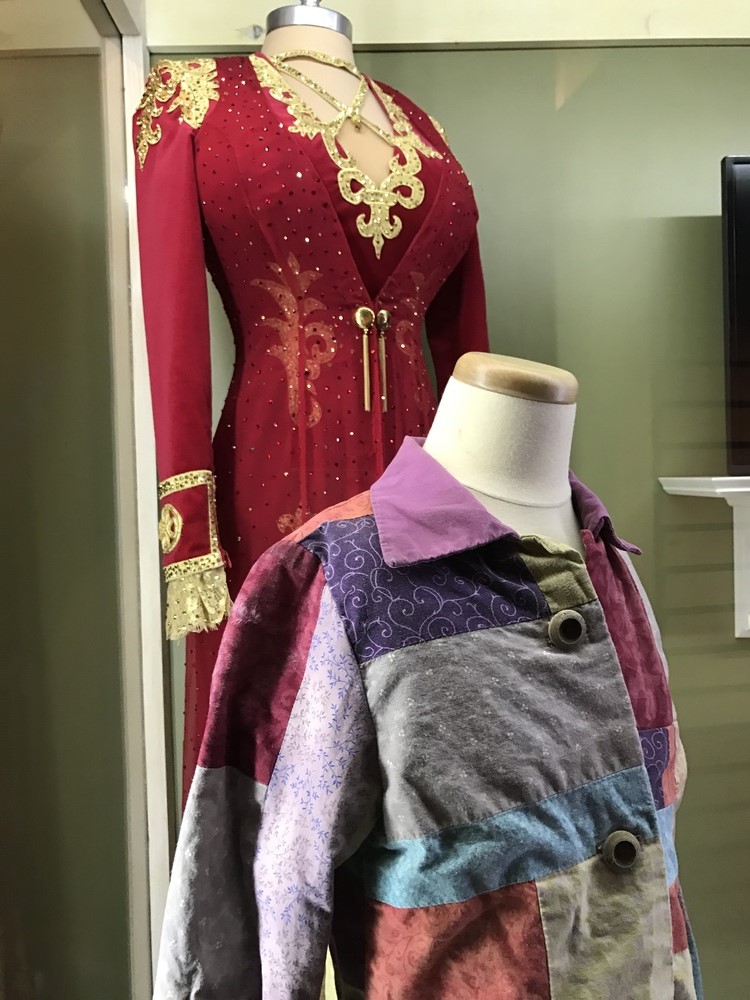 Dolly’s Academy of Country Music Awards, Grammys, Country Music Association, and other awards are on display in a two-story case, a sight that really puts into perspective what an extensive and impressive career she has had. 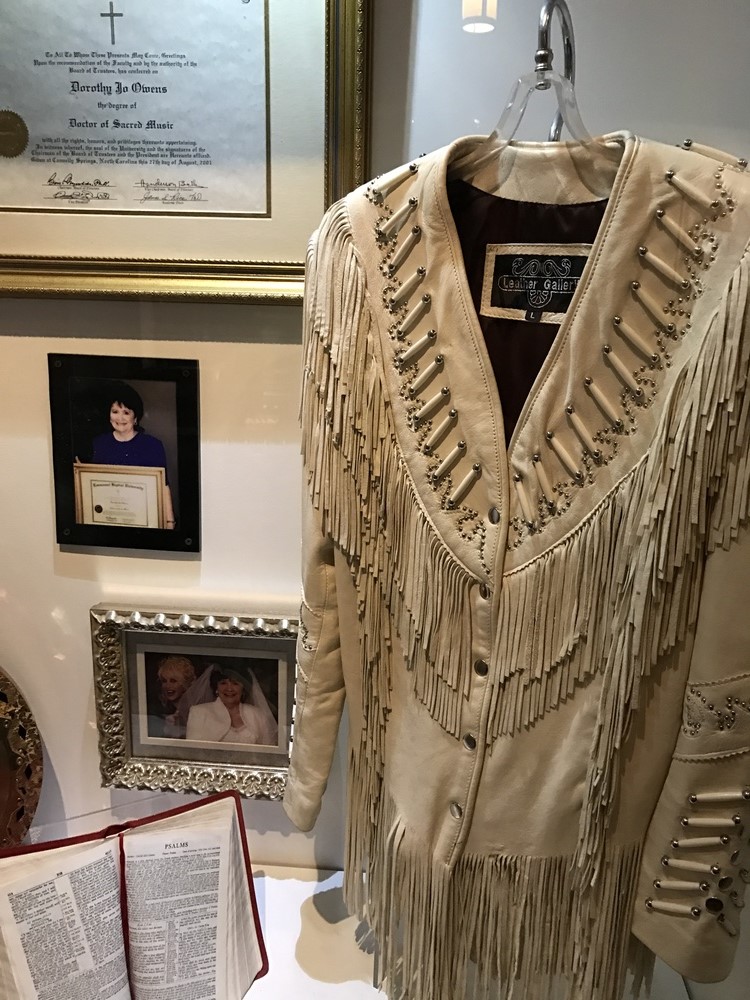 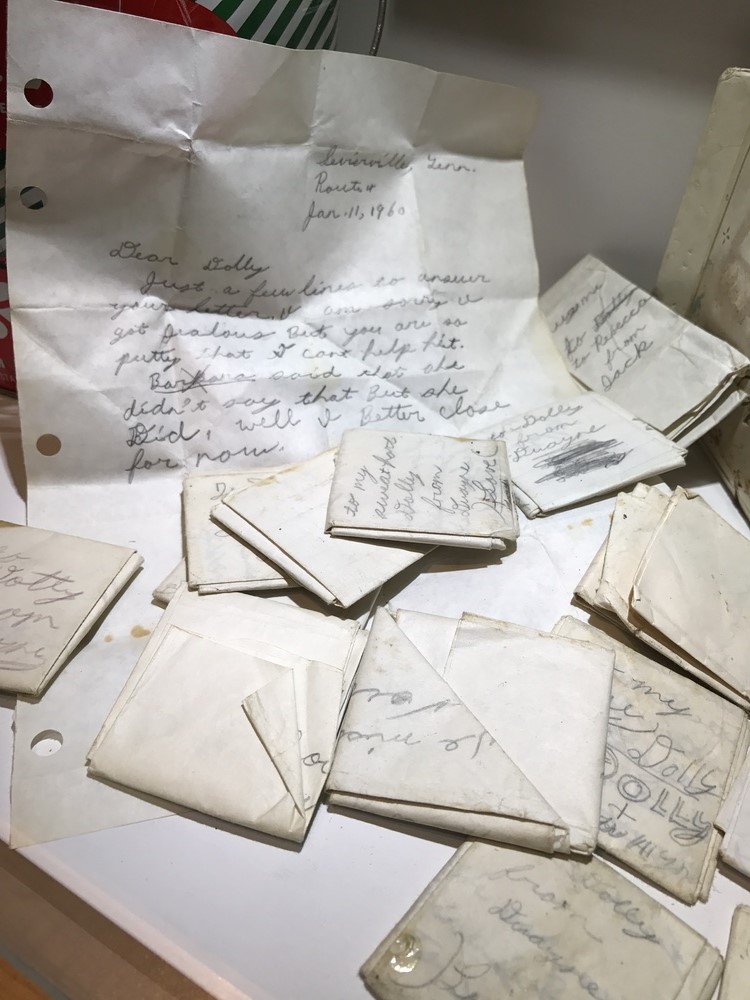 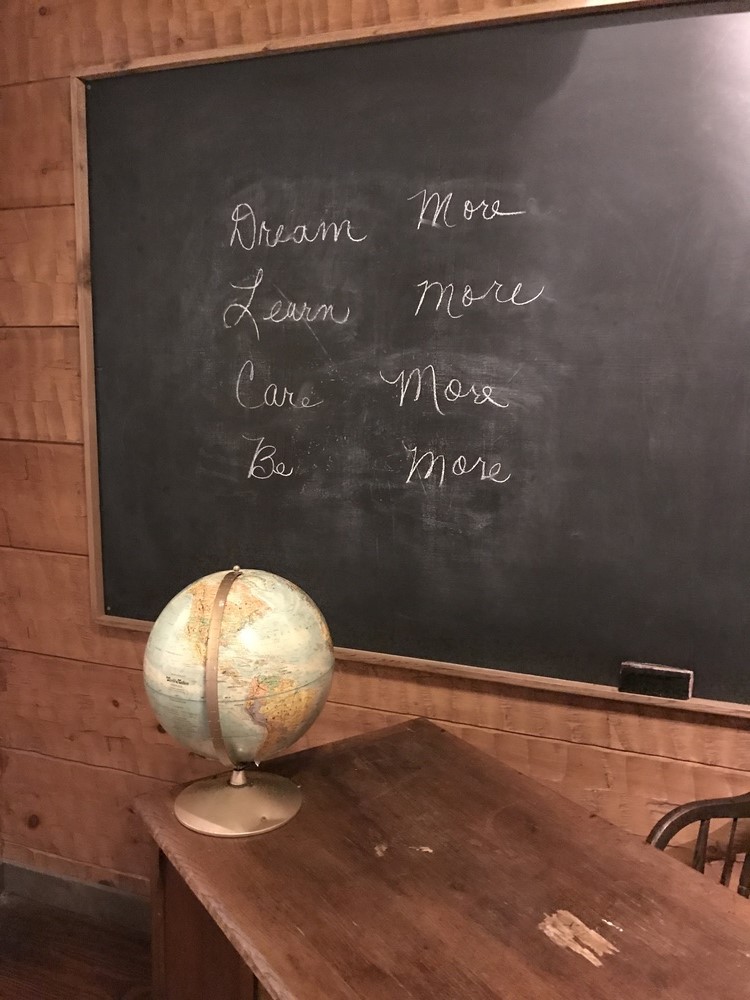 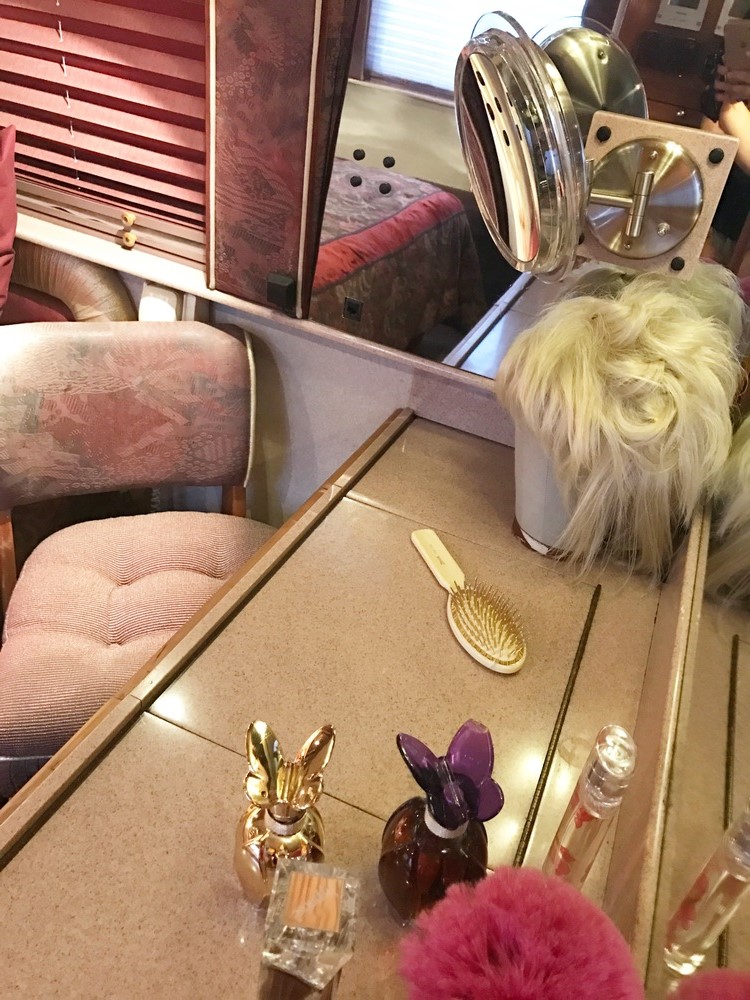 Walking into Dolly’s home on wheels, gives you a sneak peek at what her life was, and still is like, when on the road. You step in and see that this internationally known celebrity has lived a relatively normal life, just like you and I. The coolest part about the bus is that it is possibly the closet you will ever get to a Dolly Parton wig!

The first time I went into the museum, it was at the start of our day at Dollywood. And I think it really helped set the tone for our day. You spend your whole day running around an amusement park that tied together elements of her life, mountain culture, and family fun. The museum gives you an intimate view at a woman who is larger than life. Put the rhinestones and big hair aside, and you see that she really is a backwoods Barbie.

Planning your trip to Dollywood Theme Park or Splash Country Water Park? You can find lodging options as well as other attraction tickets with VacationsMadeEasy.