Festive, Cozy, And Unique Christmas Traditions Around The World 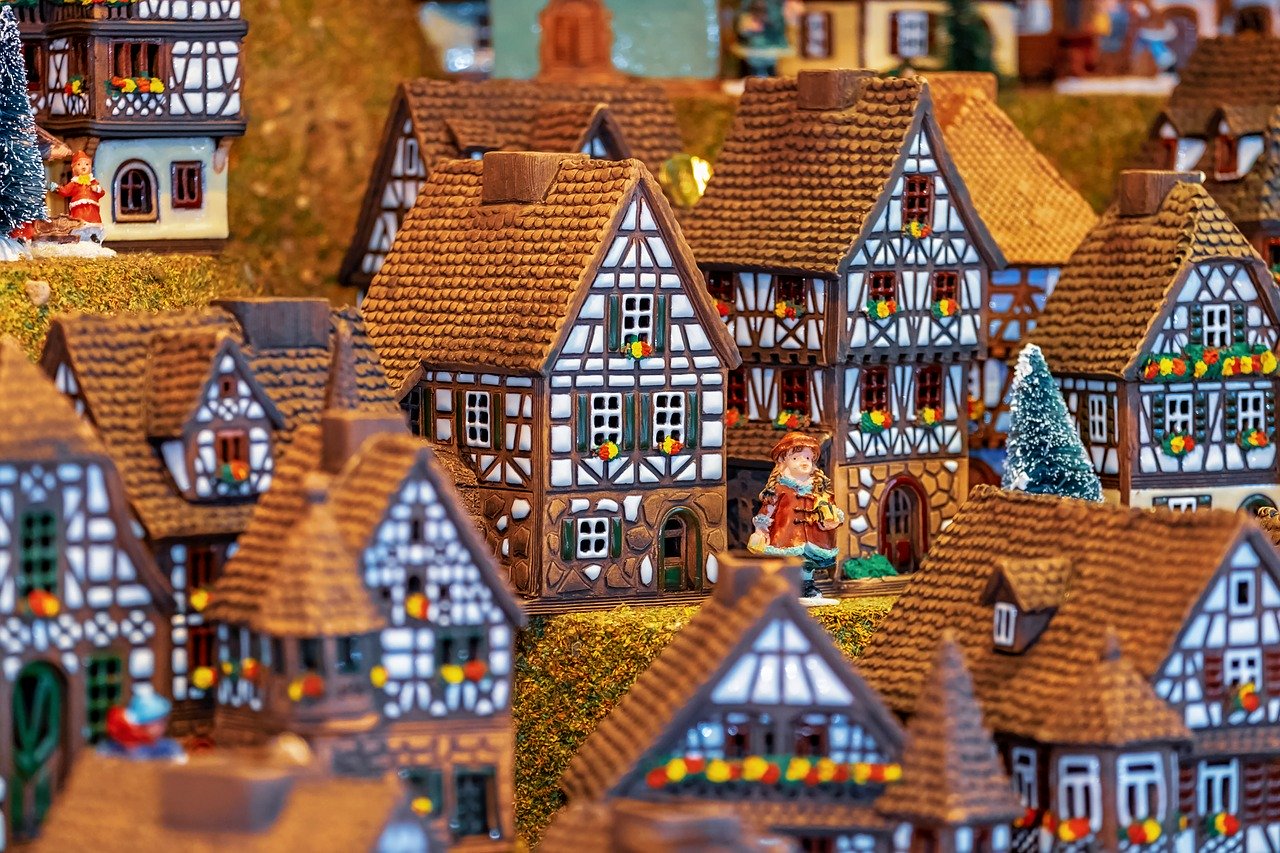 It’s that time of year! The holidays are right around the corner and we’re feeling festive. All over the globe, people celebrate this time of year so we’re sharing some of Christmas traditions around the world you might not know about.

Christians traditions from around the world

I love learning about new cultures and chances are that if you are here, reading this you do too. And I think the holiday season really gives you an opportunity to see different cultures and customs. How people around the world celebrate tells you a lot about what they value as well as a really genuine expression of their culture. From legends and folklore to celebrations and food, here are some of my favorite holiday and Christmas traditions around the world

If you’re looking for a fun celebration, Jamaica doesn’t disappoint. Every year, doing back to the 16th century, the day after Christmas (Boxing Day) the Junkanoo Festival takes place. With parades, drums, music, and an all-around good time, the festival celebrates the nation’s Afro-roots.

Finland has a lot of Christians customs. Christmas morning, families have a traditional breakfast of porridge with rice, cinnamon, and milk. In one of the porridge cups, there is a single hidden lucky almond. Whoever finds the almond in their cup, wins! Their traditions don’t end there though.

When it comes to decorating their Christmas trees, many families use geometric mobiles that are made of straw. And at the end of the day, it is a tradition to cleanse negative energy from the body and mind by heading to a sauna.

Martinique during the holidays is all about community and spending time with neighbors. When it comes to Christians traditions from around the world, I think it is really awesome to not only spend time with your family but also your community. For “La Ribote” people gather together in the streets to sing carols. And on New Year’s Eve, neighbors get together to celebrate with food and drinks.

You might associate Mexico with beaches and tequila more than Christians traditions from around the world. And that is fair. But this predominately Catholic country does Christmas with gusto. Aside from some amazing foods, Mexico has some really cool traditions.

The holiday season starts on December 16 with a religious pilgrimage called Las Posadas that tells the story of Mary and Joseph. A small child will lead the group through the city as they stop at different homes asking for a shelter for Joseph and Mary.

There is no better winter wonderland that gives you Christmas vibes than Norway. For the Norwegians, the holidays start on the 3rd of December with Julebord.

Julebord is a banqueted celebration where people come together to enjoy traditional Christmas foods, drinks, and each other’s company. People in Norway continue to celebrate up to “Little Christmas” on December 23rd. On “Little Christmas” families decorate their trees, enjoy hot rice pudding, and also make gingerbread houses.

In more rural areas of Norway, families will leave a bowl out of the rice pudding in the barn. They leave this as a tradition for the gnome who protects the farm.

The holidays in Ukraine are a lot of fun! Christmas is celebrated on January 7th because as a predominantly Eastern Orthodox country, they use the Julian calendar for their celebrations. During the celebration, people dress up, play instruments, and sing through the streets. On Christmas Eve, everyone has kutya, a traditional dish made of wheat and honey mixed with nuts and poppy seeds.

Iceland is for booklovers! It publishes more books per capita than any other nation in the world. As such a pro-book country, it shouldn’t be a surprise that books are a major part of Icelandic holiday traditions. On Christmas Eve, family members exchange books for Jolabokaflod (Christmas book flood). Everyone spends the rest of the evening reading and spending time together as a family while eating chocolate!

Christmas traditions around the world start at different times but come December 13th they start in Sweden. St. Lucia’s Day, the first day of celebrations, honors the patron saint of light. Traditionally on this day, the eldest daughter of a family wakes before sunrise and dresses as “The Queen Of Light” in a long white dress and a crown of leaves. She then will go room to room to serve coffee and treats to each person in the home. An act of service and love.

Christmas in Japan is widely celebrated. Through the streets will be decked out with lights and families might do a small gift exchange, the religious beliefs are generally ignored. In recent years, Japan has started a new type of Christmas tradition – eating very American food. For many, that means eating fried chicken from none other than the Colonel himself at Kentucky Fried Chicken! It might not seem like something to include for “Christmas” traditions around the world, but for Japanese families, it has become something they look forward to!

Filipinos celebrate Ligligan Parul Sampernandu (The Giant Lantern Festival) on Christmas Eve. In San Fernando, the festival brings people from all over the country to celebrate the holidays. The elaborately decorated lanterns are lit by candles and illuminate the city in a way that really brings the holidays to life.

As a multicultural family, we’ve always straddled the line that divides our American and Colombian side. One of the traditions I love most is el dia de las velitas. Little Candles’ Day as it translates, kicks off the Colombian Christmas season on December 7th.

For las velitas, Colombians light candles and place them in their windows, near doors, and around their homes to honor the Virgin Mary. Historically, each home would place its candles around their home and celebrate as a family but the tradition has really grown in popularity recently. Now, whole neighborhoods get together to create some intricate designs.

December 16th is the start of the novena. The novena is a celebratory prayer celebrating the Virgin Mary, Joseph, the Wise Men, and baby Jesus. Families get together with friends and recite the prayers together. Families take turns hosting the novena at their home, coming together to celebrate the holidays and enjoy some of my favorite holiday foods!

Christmas in Hawaii is definitely not a white winter wonderland. And that certainly doesn’t stop them from getting into the spirit in their own way! While some families choose to buy imported evergreens from the mainland, most decorate the palm trees around their homes. Something else you might keep an eye out for is a luau with a pig roast because it isn’t a Hawaiian Christmas without one!

Ethiopia, like Ukraine, also celebrates Christmas on January 7th. The holiday isn’t widely celebrated but those who do partake, wear white and go to church. Later that day, there is a hockey game everyone watches.

I’ve never been to Germany during the holidays but I’ve seen pictures of how beautiful it is! There are so many Christmas Markets all over that you can’t help but start to feel festive – even the biggest Grinches and Scrooges get a little cheery. In Germany, four Sundays before Christmas, families get together to make advent wreaths. They use pine branches and place four colored candles at the top of the wreath. Every Sunday that follows, counting down the weeks until Christmas, they light a candle, eat traditional foods or cookies, and sing Christmas carols.

Many Christmas traditions around the world involve others from the bible or nativity and in Syria, one of their more unique traditions involves the Three Wise Men.

According to the Syrian tradition, the Wise Men traveled with a caravan of camels. The youngest and also smallest camel fell since going on such a long journey to Bethlehem exhausted them. Despite this though, the camel kept going and refused to give up! For his determination and faith, the camel was blessed with immortality. Every year, the smallest camel visits children who have been good to deliver them a small gift.

In Poland, wigilia marks the start of Christmas feasts. This feast, which is held on the eve of Yuletide, is filled with traditional foods. Fried carp, dumplings, cabbage rolls, fish soup, and other delicious dishes can be found. As families and friends come together they celebrate good luck, joy, and future prosperity!

The Danish celebrate Christmas with a bit of mischief! Nisse is an elf that pulls pranks and plays practical jokes throughout the holiday season. It is said that they live on a farm and are known to wear grey wool clothing! You never know when Nisse might play a practical joke on you so children generally leave a bowl of rice pudding on their doorstep in hopes that Nisse won’t cause too much mischief.

One of the best things about traveling, no matter what time of year, is that you get to experience and learn about different cultures. And Christmas traditions around the world are one of my favorite ways to get a glimpse into another culture.

Christmas Traditions Around The WorldCulture and Traditions
5 Self Care Tips To Help You Start Taking Care of Yourself
Getting Around Chitown, A Guide To Chicago’s Public Transportation