6 Festivals in Fukuoka You Don’t Want to Miss 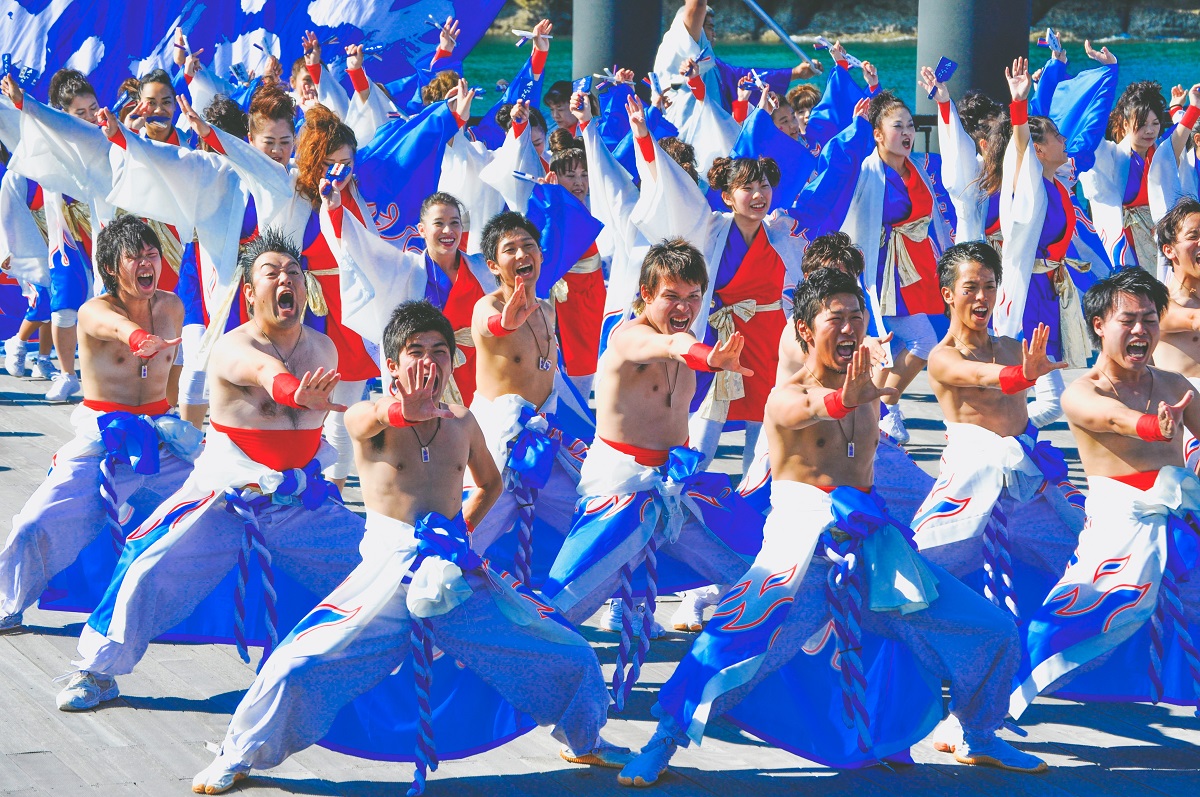 Japan is one of those countries that people dream of visiting. With a rich deep culture and amazing food (does anyone want some sushi?), each region or Prefecture of the country offers you a different experience. And when it comes to culture and fun, you don’t want to miss these festivals in Fukuoka. Festivals are a great way to experience a country’s culture after all!

I guess we should start by talking about Fukuoka and that there are 2 of them. There is Fukuoka Prefecture (which is the Japanese state or territory) and Fukuoka city which is the capital of the Prefecture. Fukuoka is full of history that dates back to a Mongol invasion! The city is closer to Seoul than it is to Tokyo so it has always been an important port city. And that closeness to the Asian mainland gives it a unique culture and personality. Fukuoka is known for ancient temples, beaches, culture, and its festivals.

In Hakata, the Dontaku Port Festival has become part of the city’s fabric. This festival has been celebrated for almost a century with its origins going back to 1179 and was historically a celebration honoring local lords and to wish them prosperity. The festival starts with a parade as part of the pre-opening ceremony. While the parade might be the official start many consider it to be. The official start of this multi-day festival is kicked off with a speech from the Mayor and a ceremony to show respect for three deities.

Like the Rio Carnival, the Dontaku festival includes a huge parade with as many as 500 groups participating who dance, wear costumes, and beat drums. During the festival, the city center comes alive with some 2 million spectators ready to have a good time!

The Hakata Gion Yamakasa festival is one of the most interesting Festivals in Fukuoka and in Japan. It is held yearly during the first half of July and includes a race where seven neighborhoods compete along a five-kilometer long course through the city pushing gorgeously decorated floats.

The festival has two different types of floats, kazariyama and kakiyama. The larger floats are the kazariyama and stand over ten meters tall! These two-ton floats use to be raced through the streets but once the city got powerlines they became problematic so today they are just for decoration. Keep an eye out for these gorgeous floats as they spread them across the city!

For the race, the smaller kakiyama floats are used. These are about half the size of their larger counterparts. There are seven of these (one for each neighborhood that races) that are dragged through the streets. And while these are the smaller floats by name, don’t think it is an easy job! The floats have no wheels so they are literally dragged through the city and can be up to five meters tall. The teams take this race very serious so if you’re in town before the festival try to catch one of the practice runs and parades that are held in preparation for the festival to come. Right before sunrise on July 15, the race starts as the teams eagerly make their way to the finish line.

One the wet and gloomy days of Japan’s rainy season have passed, it is time for the drums of Kokura to be heard in the streets! With nearly 400 years of history, the Kokura Gion Diako Drum Festival is one of the great festivals in Fukuoka. As the floats are pulled down the street, on either side you’ll see drummers. They drummers pray for peach on earth, abundant crops, prosperity, the safety of Japan, and for their families as the beat of the drums reverberates and resonates throughout the city.

Of all the festivals in Fukuoka, the Tobata Gion Oyamakasa Festival is one of the most gorgeous to take in. This 200-year old summer festival tradition is a two-part festival – the daytime event and the nighttime festivities.

During the day, the Nobori Yamakasa floats are draped in gold and silver embroidered fabrics. They make their way through the streets in all their golden grandeur as they prepare for their nighttime makeover. At night, the elaborate fabric of the floats is replaced with 309 paper lanterns. The 12 tier floats turn into beacons of light in the night sky. Moving the floats is no easy task and requires rhythm, unity, and communication. Each float is moved by about 100 men who shout in unison to the sound of drums and gongs. As they chant “yoitosa, yoitosa” the festival takes on a new heartbeat if you will.

The Omuta Daijayama Festival is all about the snake! Daija means “large snake” and this festival is full of snake imagery. Floats in the shape of snakes are paraded throughout the town and tradition is to put small children inside the daija’s mouth for a year of good health! The grand finale of the festival is the parade and don’t miss the giant group dance either!

The Fuji Hachimangu Shrine River Crossing Festival is one of the largest festivals in Fukuoka. The festival is a big summer event and is put on by the Fiju Hachiman Shrine, located in Tagawa City, Fukuoka. There are two portable shrines and 11 floats being hauled across the river is quite a sight! The festival itself has a long history, going back some 450 years to when the city was just a village. Around 1558, a plague broke out in the village. People prayed for the plague to end and for the health of the village at Fuji Hachimangu Shrine. In honor of the plague ending and as a way to continue to celebrate blessings, the tradition of the festival continues. The festival is held every year on the third Saturday and Sunday in May.

Fukuoka has been captivating Western visitors for decades with its history and beauty. And when it comes to culture, there is no better way to experience the warmth and wonder first hand than at the festivals in Fukuoka.