I live in a Southern “Stars Hollow” and I’m feeling like Lorelei: That Time I was a Judge for the Local BBQ Fest 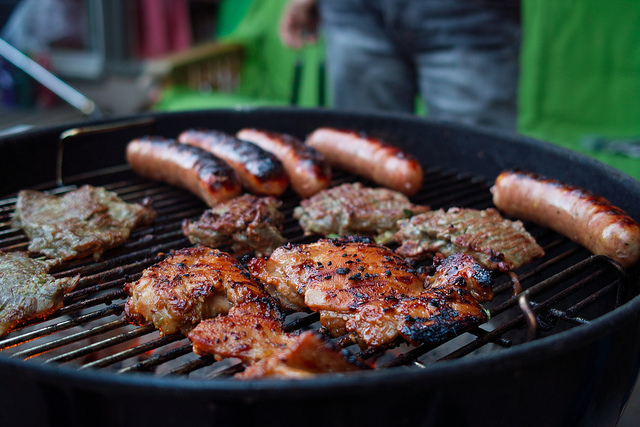 There is two type of people in the world: those who love Gilmore Girls and those whose opinions on pop culture don’t matter and who you probably don’t want to be friends with anyway. I clearly belong to the #teamStarsHollow side of that equation. There is something incredibly charming about the fictional town that everyone seems to love and last night at exactly 10:37pm, sitting in Court House Donuts listening to Bluegrass and a man named Biscuit pick a banjo, I realized that my town is the South’s version of Stars Hollow.

I know, I know, that is a bold statement to make so let me back up a few hours and a few happenings so you can see why last night at the most peculiar moment I fell more in love with the tiny town in the mountains I now call home.

I found out I was going to be a judge for the local BBQ and bluegrass festival. This is where I channeled what I now can identify as my “Lorelei” though at the time I was just a happy BBQ judge sharing with the FB world the big news.

Just found out I am going to be a judge for a BBQ fest. Suddenly, my life feels complete. Like, I didn’t even know this was a life long dream/goal of mine until I was asked to judge and I got all the feels.

The big day has arrived! I texted my boss at 7am with a simple question and emoji:….What does a working professional wear to work when the workday calls for judging a BBQ fest? Asking for a friend. (BIG smile emoji).

His response to continued Lorelei? “Business casual.” That obviously meant I had to find a simple yet casual way to balance out my vibe of “I am a working professional with a really rad office who is hip and trendy” (Think Rory circa the A Year in the Life) and my “I can get down to some BBQ” (Think Annual Nathan’s Hot Dog eating contest, but with less soggy hot dog buns, because that is #gross). My outfit proved to be the perfect combination of both: A white and pink stripped JCrew long sleeve tee, Kate Spade necklace, and NYCO navy blue pants, and adorable camel colored flats. Ladies and gentlemen, I was ready to get BBQ stains on my white (stripped) shirt and I was sure someone at the festival would be killing it in a miniskirt.*

*NOTE: Reference to reference the Tim McGraw lookalike seen at the Jam session

I arrived at our designated location (across the street from the Courthouse and Dolly Parton statue) found my coworkers, and sat down at the table in a room filled with what I would later find out were PROFESSIONAL BBQ judges. Like, for real, people who take classes, get certified and do this for a living. If my life goal that I didn’t know I had was to be a guest BBQ judge, my new life’s mission was to become a professional BBQ taster.

5:00pm – Swearing of the oath, told I was supposed to be super anonymous… they made me turn off my phone.

Naively, I thought we would just be given a spoon and told to sample things. It is in fact, nothing like that. We were sequestered in a room (an old machine shop known as the Fox Shop that had antique wood floors some high society UpperEastSider would pay to have refinished and put in her Hamptons home) with 2 industrial fans. Like any good Social Media Marketer + Strategist, the first thing I did was snapchat my table (Sup #28!) and post about how excited I was to be a judge. Wellllllll, turns out these things are super hush-hush and anonymity is what they do. We said an oath, we pledged to be fair, and I was told I had to turn off my phone.

The last text I sent? Typo and all….

The food came and the categories were as follows:

As we tried the samples provided, no one warned me that I should pace myself and the amount of food I ate rivaled that of a Thanksgiving feast. When dessert finally came around, I wanted to so badly to just have a bite. I wanted to show the control that our professional table mate had, taking the smallest bite, picking through to look at the composition, scoring and moving to the next one. But I am no professional, so who was I to deprive myself of the world’s most amazing red velvet cake? Or a mason jar full of banana pudding with nilla wafers so perfectly moist and yet at time crunchy? or the tiniest and cutest of key lime pies?

I ate so much you could have rolled me out of that hot and humid room like the blueberry girl in Willy Wonka and I have just 2 things to say: I REGRET NOTHING! and, See you next year, Bloomin BBQ and Bluegrass Festival!

The whole festival takes place in downtown Sevierville, right by the courthouse and the local jail, in the town square. Everyone knows everyone and the vendors vary from local handmade walking sticks, to hand sketched presidential portraits of Donald Trump. Local schools sell sweet tea and lemonade as they fundraise. The whole scene is incredibly “Gilmore Girls” as you walk along the streets and the crickets sing their summertime tunes. The moment that I realized all of this though? Well, that happened when we entered Court House Donuts. It was 9pm, they were setting up for a Jam session… and this jam session was the coolest thing ever!

They had Biscuit and some of the pre-show performers from Dixie Stampede as the “hosts” but it was quite literally a bluegrass jam session- anyone could join in and play! They took turns singing and playing some classic Bluegrass songs that I didn’t know (but that didn’t stop me from jamming!) As Tim went to get a burger, at a donut shop, at 10:30pm and one of my coworkers offered everyone donut holes it dawned on me… this town with its beautiful southern charm and hometown feel is my Southern Stars Hollow and I get to be a Gilmore by choice. 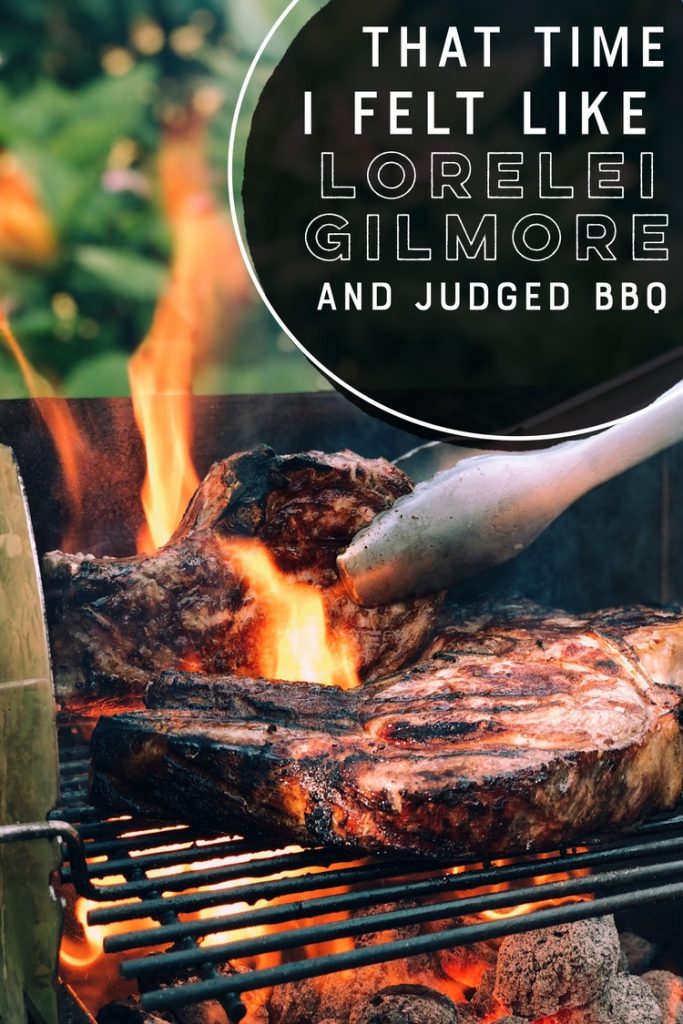 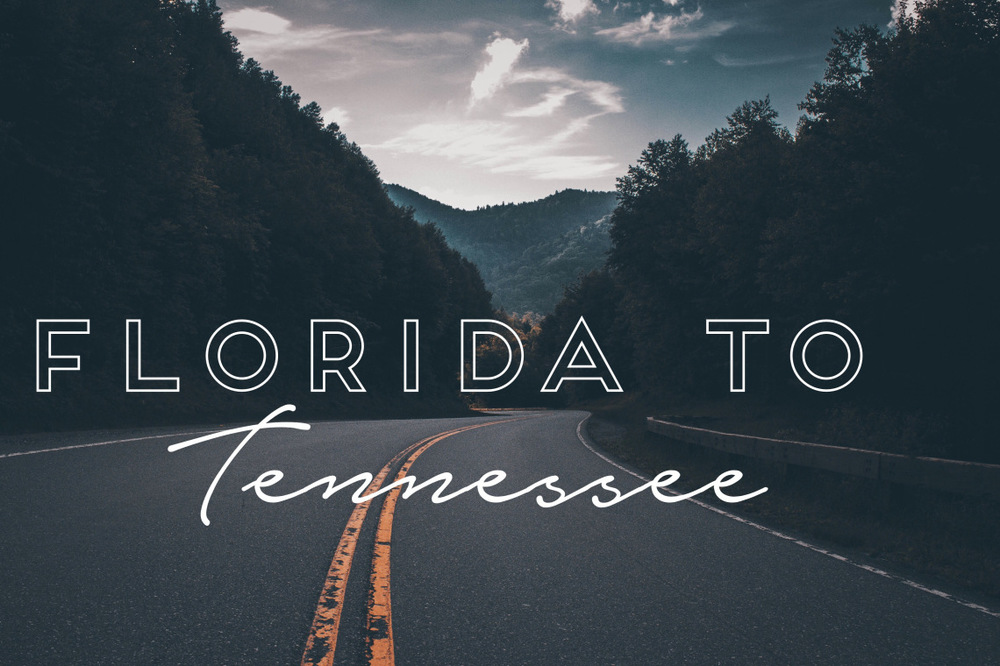 So, we’re moving…. and we are super stoked! My awesome job aside, we had been looking to move out of the Sunshine State (Or Satan’s Hot Breath as I like to call it in the Summer when your seat belt is so hot it sears […]

1 Month + Some Days of TN Living

I would be lying if I said moving wasn’t stressful, though not for the reasons one would normally think. I have been blessed with a childhood that saw a lot of boxes being packed, new houses being moved into, and over all grand adventures. I […] 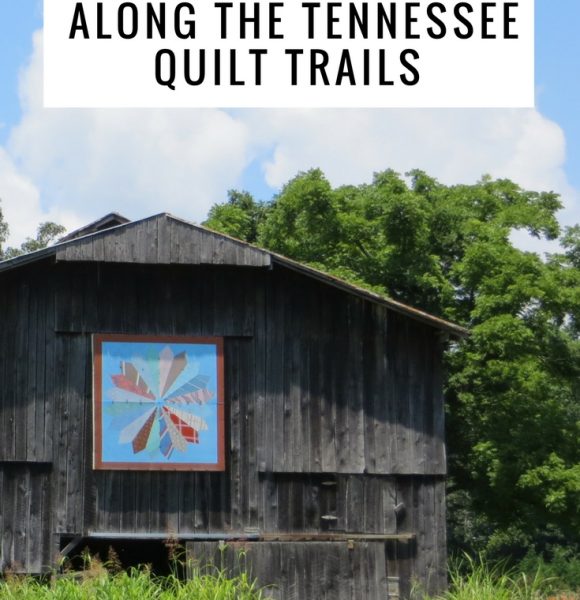 Few things are more American than quilting. And having grown up in the South, I can appreciate a good quilt. From sick days at home to movie nights on the lawn, quilts were my blanket of choice. I saw my grandmother make a fair share […]

Baja Sur: Where the Oceans Meet the Sky and the Desert Enchants
That Time I Caught a Shark & Let it Go: Ecology at Loreto Bay National Marine Park

1 thought on “I live in a Southern “Stars Hollow” and I’m feeling like Lorelei: That Time I was a Judge for the Local BBQ Fest”