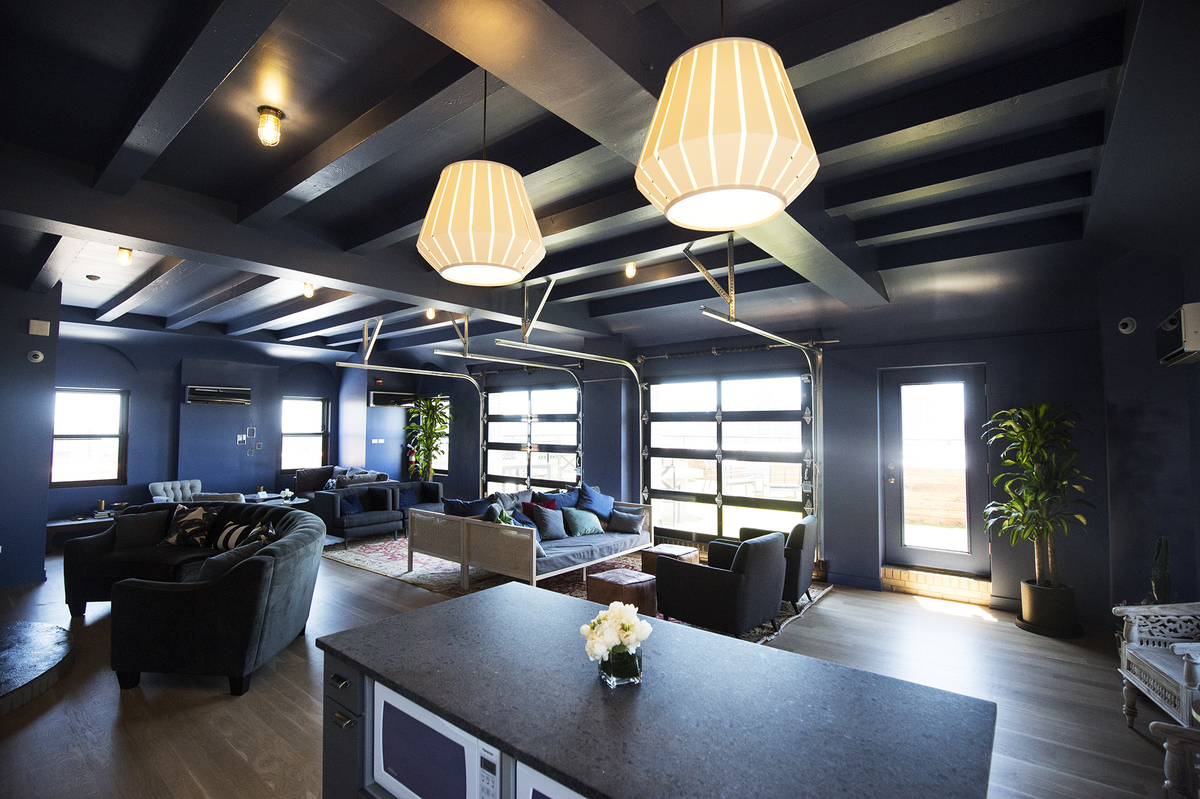 I haven’t really touched much on our minimalism + tiny living journey lately. Last time we really talked about the subject was around this time last year when we decided to move into a 1 bedroom apartment and backed out of buying our tiny house. We originally were a little bummed out but we quickly moved on. Fast forward a year and now we’re living in a micro apartment!

Downsizing and living in a micro apartment

And if you’ve been following our downsizing tiny journey, you know this is a long time coming. Even before we got married we were looking at going smaller- not necessarily tiny but definitely smaller than our five bedroom Florida home. Every time we’ve moved over the past three years, we’ve managed to go smaller than before. Our first apartment in Tennessee was a 3BR/2B 1400 square feet decision we made sight unseen. It was perfect for our first transition though. We were able to go smaller but still have a guest bedroom and separate office space.

After a year of being in 410, we started looking at actually buying a home in the Smokies. This proved to be the biggest pain in the butt I’ve ever dealt with but that’s a story for another day. We set out sites on something on wheels. We toyed around with the idea of an RV or a tiny house on wheels. We even put down a deposit on the cutest little tiny house and had a place to park it as well. There were some issues we weren’t able to address so ultimately we decided to hold off another year.

By this point, we had gotten rid of A LOT of stuff and figured we could still downsize. So, we moved into a 1BR/1B 700 square foot apartment, 805. We lived there for a year and never had a couch- we had sold it when we were going to buy the tiny house and just never replaced it. Our lack of couch really wasn’t a big deal, we honestly just got used to it.

You could say the couch was our first lesson in adjusting to our environment. At first, it was strange to not have a couch. I even brought the two sitting chairs I had bought for my office home because our living room looked sad and empty. But eventually, it was just normal. We realized that if enough time passes, it doesn’t feel weird. It just starts to become your reality. We redefined the space and put Tim’s and my bike in the living room on trainers where the couch would have been so we could ride indoors during the winter.

When January 2019 rolled around we were getting ready to move to Chicago. We had never really been to the city. Aside from watching Shameless and having had a 45 min layover in O’Hare once, our knowledge of Chitown was very limited. But we did it. And we love it. And here we are in all 200 something square feet of our new place.

Which was immediately followed by thinking we screwed up big time and “good god this is tiny.” It was what we wanted but I was not expecting it to be this tiny. 1202 had been another site unseen apartment we moved in to. But this was a different story. This was a cross country move to a big city in the middle of a snowstorm before the polar vortex into an apartment that is smaller than the hotel room we stayed at in Indianapolis on our drive up. True story. When Tim came in, he had the same reaction I did.

With every box or thing the movers took out of the truck and put into the apartment it seemed to get smaller and smaller at an alarming pace. I was Alice and this was my not so Wonderful-Land. Unpacking was a total nightmare. We had to move four boxes to get to one. And then move those boxes back to make space to open the box you just got. Everything felt like we were taking three steps forward and two steps back. But we eventually got it done and turned my Toyota Corolla into a temporary donation center for everything we knew we didn’t need anymore.

Our eight plates turned into two. Four wine glasses dwindled down to a pair. Suddenly, the amount of space lived in dictated how many cups we had. Two-hundred-something square feet said we each got a bowl and a plate. Living in a micro apartment made us get down to the bare bones and pick what we really needed.

We challenged each other for space. “Do you really need 3 different mugs?” I would ask Tim. He would pick his 2 favorites (one for home and one for the office) and then he would do the same to me. “Don’t you think that space would be better used for something else?” We devil’s advocated our way through everything we own. Literally. Everything had to serve a purpose. It had to have a need. It had to have a home. Sometimes the choice was easy. Sometimes it turned into a game of “let’s put it aside and see how we feel in 20 mins.”

We quickly realized that our space had to be multipurpose like those rooms you had P.E. class in on rainy days, lined with ping pong tables. Our shower also became our air drying area for clothes, our windowsill the garden. Another thing that makes our space feel bigger than it is in our building’s common areas. We have so many common areas that your livable space quickly goes beyond the walls of your unit.

Even though it’s tiny, we still have some confusion. The “closet”, as I call it, holds my clothes, the washer/dryer combo unit, and our kitchen appliances (read: only the Vitamix and instapot because, 200-something square feet). Tim calls it the laundry room. He says it’s a room because you can walk into it. What he calls the “closet” is where he puts his clothes. It’s a coat closet in our hallway directly across from my closet/laundry room. There is quite literally less than four feet between the two, and we still get them confused when speaking about them to each other.

What we’ve learned living in a micro apartment

Our tiny journey has been going on for 5+ years. I remember one of our friends telling us that we shouldn’t even register for wedding gifts because we couldn’t take nice China with us to a tiny house. Every time we’ve moved, we’ve gone smaller. We’ve learned that we can live with less and within that, to be grateful for what we have. When we pair down, we take a page from Marie Kondo. We think of who that jacket will help, who that plate will feed, and how they will get more use out of it than we will if it sits in a box.

We’ve learned that we do not have a two person bathroom unless one of us is standing in the shower. And speaking of the shower, we’ve learned that a bathroom is the most versatile room in a house. It serves as a laundry drying area, a steam room when you need a spa day, a grooming station for the dogs, and temporary storage.

We’ve learned to shop a week at a time because fridge space is valued. And because our fridge doesn’t have a freezer. PLOT TWIST. This is one of the things I am most excited about. We’ve cut our food waste DRASTICALLY and our grocery bill too. When we go to the grocery store we have a game plan and are conscious about what we are buying for the week. Don’t get me wrong, we still run out of things or forget to pick something up but we’re certainly getting better at it.

We’ve changed how we live and we’ve redefined our space. When we first moved into #1202, we didn’t know how to live in such a small space let alone how to make a small space multipurpose. But we’ve figured it out and if you come over, plan on not using the microwave because that is where we store our plates and lunch containers.

We learned that in the right building, you can get rid of a lot of things you thought you needed. Like a gym membership! Our building boasts a pretty impressive gym, boxing ring and pool included, so we quickly got rid of ours.

Minimalism (and for us specifically living in a micro apartment) is what privileged people get to do by conscious choice. We get that we are making an active choice to have just four plates, two glasses, 3 mason jars, four forks, four spoons. We’ve cut our footprint drastically by living the way we do which is something we’ve always strived to do and why the tiny house movement has been so appealing to us.

For us, living in a micro apartment was 5+ years in the making. It has very much so been a gradual journey. And through the whole process, we’ve somehow come out joking about how big our apartment now feels. It’s the happiest we’ve ever been, truly. And I now find myself getting lost in other people’s homes because they have so much space and bathrooms are never where you think they should be.

We may only have 200-something square feet but we have a walk-in closet, an office, master bedroom, and still have room for guest quarters! If age is just a number, square footage in terms of living space is all about how you define it and how you use it.

1 thought on “The Minimalist Chronicles: We’re Living in a Micro Apartment”