Gothic Revival and The Castle in Marietta, Ohio 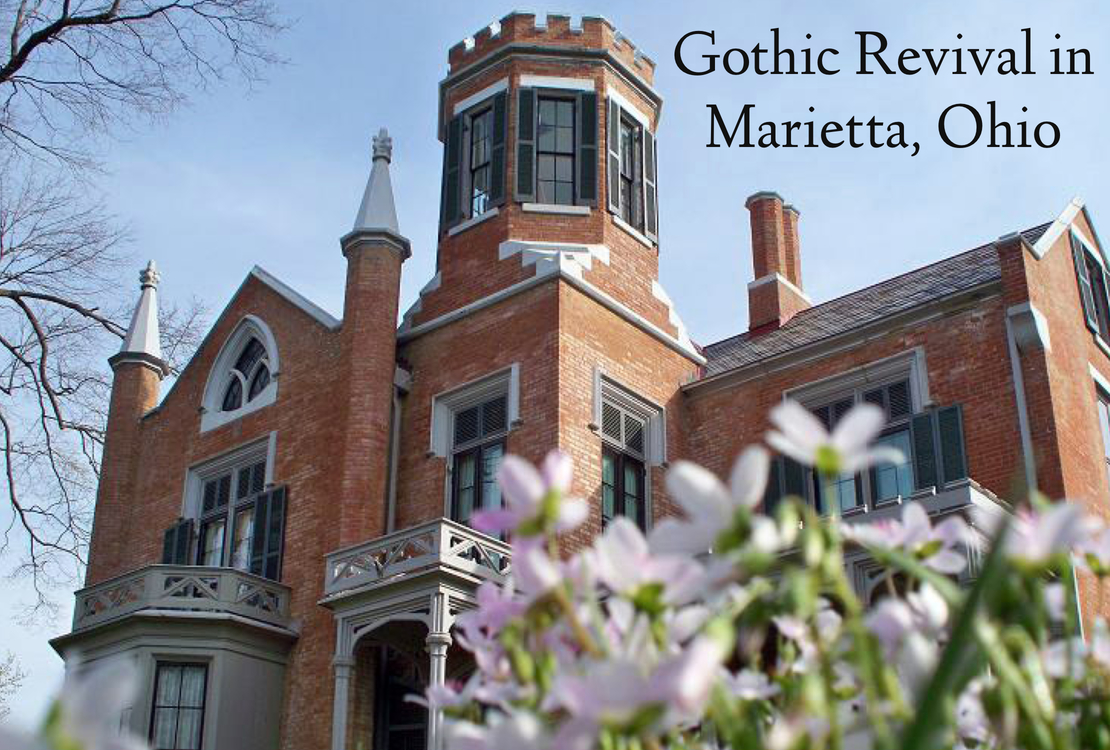 If you’ve been following our journey from the start, you know that Marietta, Ohio is the little town that started it all for us at CircaWanderlust. It holds a special place in our hearts. We’ve been going year after year (sometimes even multiple times in a year) and each visit we still find something new to explore. Our last trip up was a weekend whim. Tim had a few days off, I moved my schedule around to match his, we packed the mutts up in the Jeep and off to Marietta we went! And this time, we were finally able to go visit The Castle! 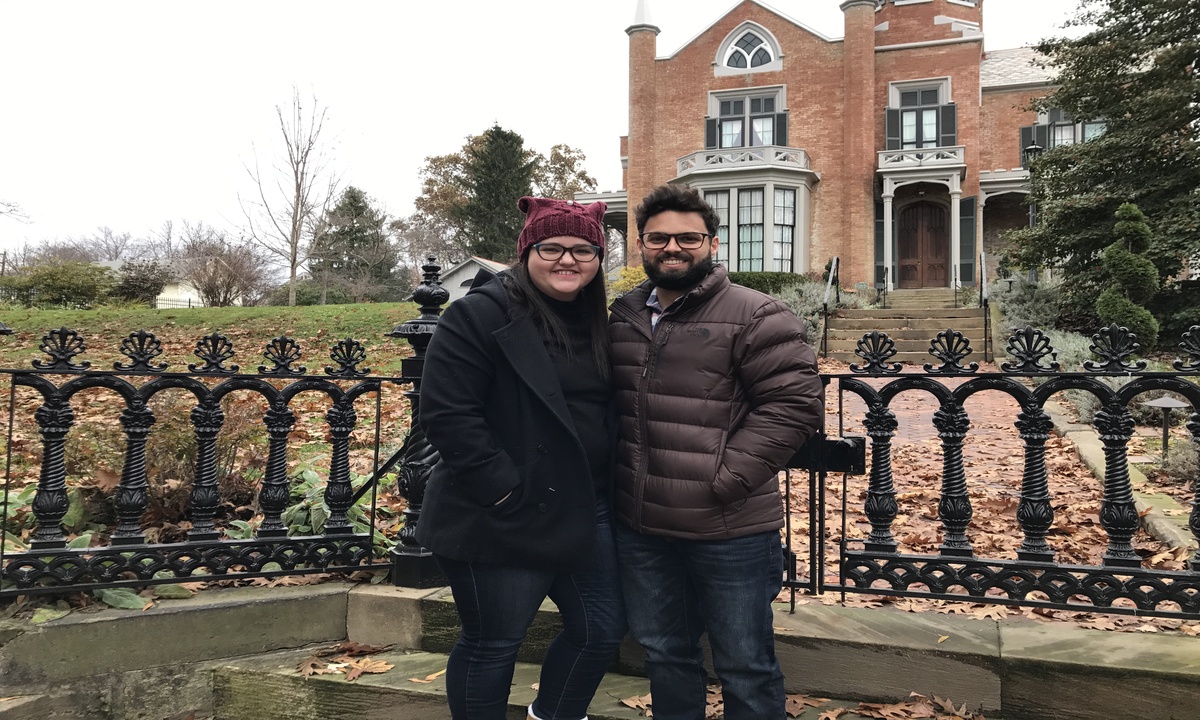 The Castle is the focal point of Marietta’s historic district with an octagonal tower, trefoil attic window, and stone capped spires. It is also one of the best examples of Gothic Revival style architecture in the state. The house’s history isn’t as well known as one would hope, but the bits and pieces we do know are fascinating and has been the home to some of the areas most influential and prominent citizens.

The Castle in Marietta: History of Ownership

In 1842, it seems that the hill was home to Nathaniel Clark, a local potter who made milk pans, jugs, and jars. The site was also home to a large orchard where the house now sits. Clark’s house appeared on area maps in 1845, the same year that Edgar Allen Poe’s The Raven was first published. Looking at the house as it is today, filled with area pieces is like stepping back in time. And it isn’t until you make your way past the kitchen and toward the back of the house that you can start to imagine what Nathaniel Clark’s humble beginnings felt like. 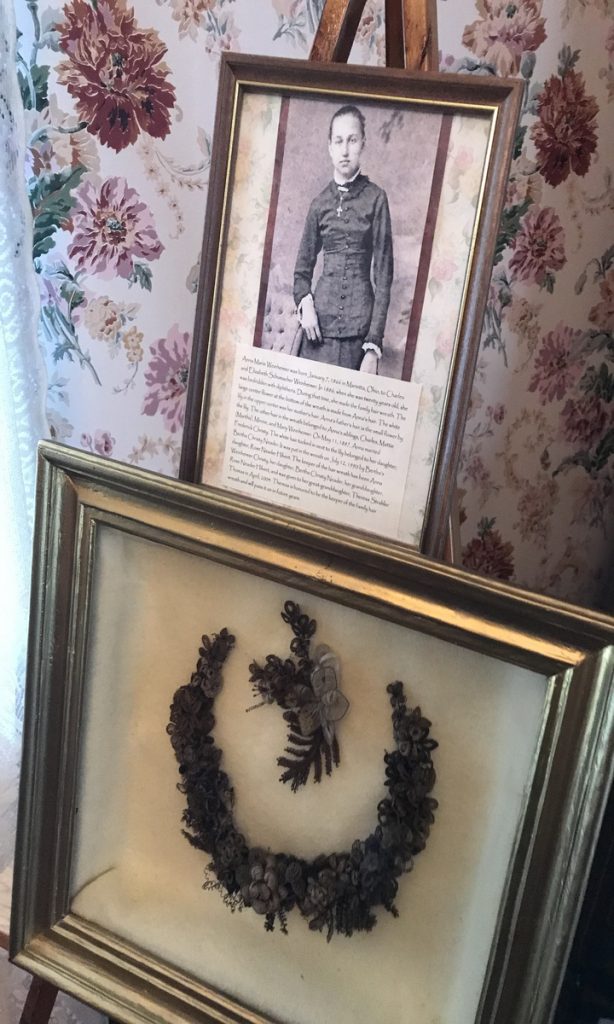 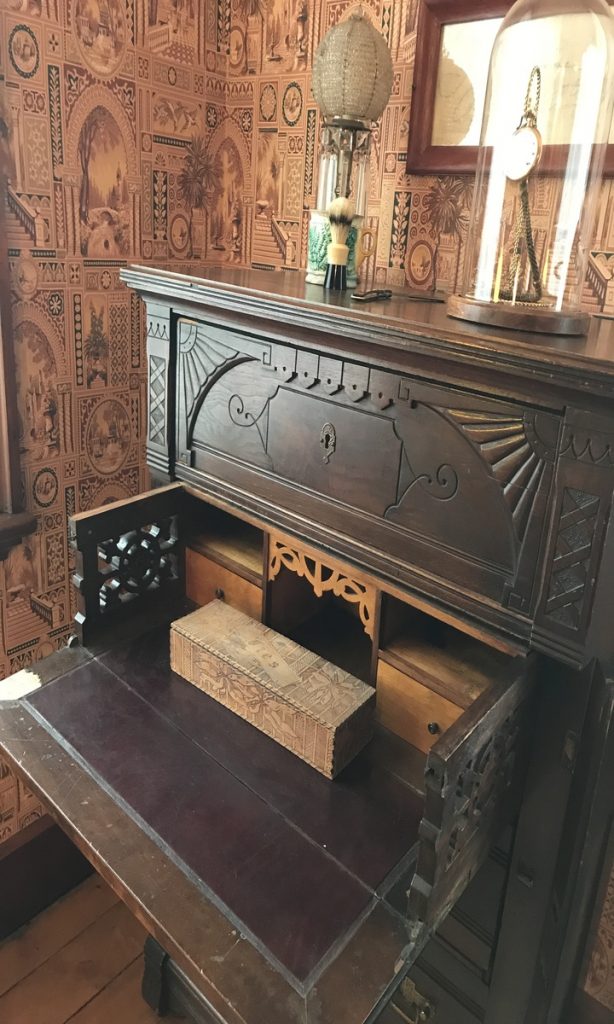 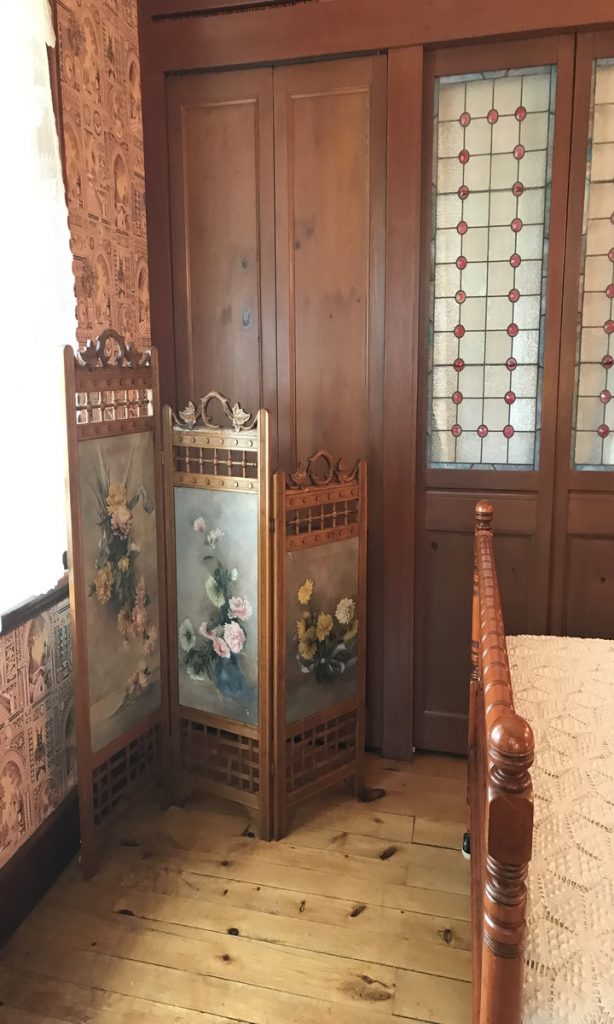 In 1855, the hill top property was acquired by Melvin C. Clark who constructed The Castle. He didn’t call The Castle in Marietta “home” for long, though. In 1858 he sold the home to John Newton, a lawyer and businessman.  As it seems to be with The Castle owners, Clark didn’t live there long. Neither did the next owner, Edward White Nye, who acquired the home in 1887 and died in 1888 leaving the property to his only daughter, Lucy Nye Davis. Lucy’s daughter, Jessie Davis became the owner when she was 55 years old, calling The Castle her home until her passing 5 days before her 100th birthday (February 14th, 1974). 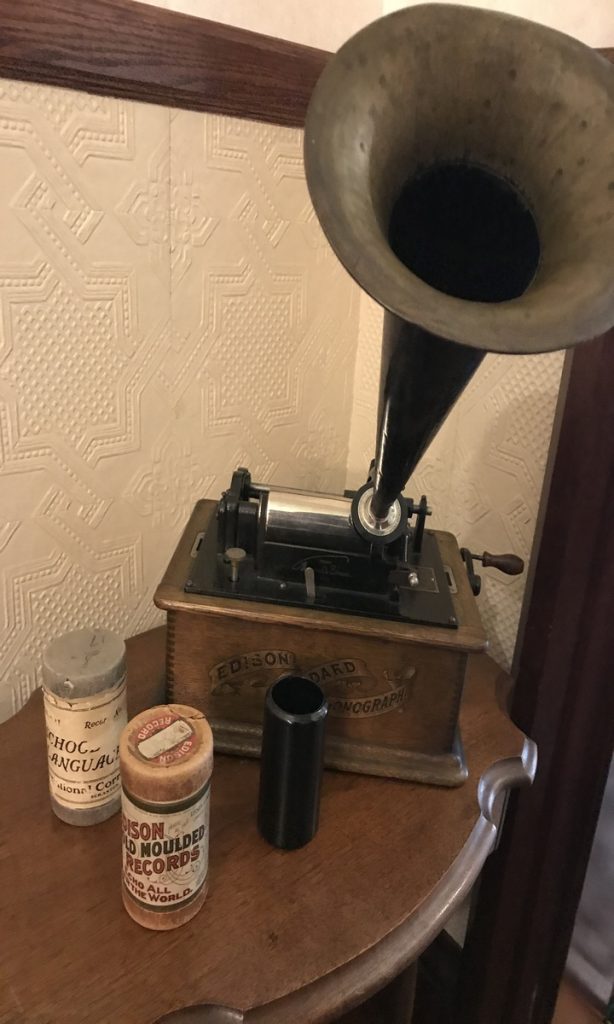 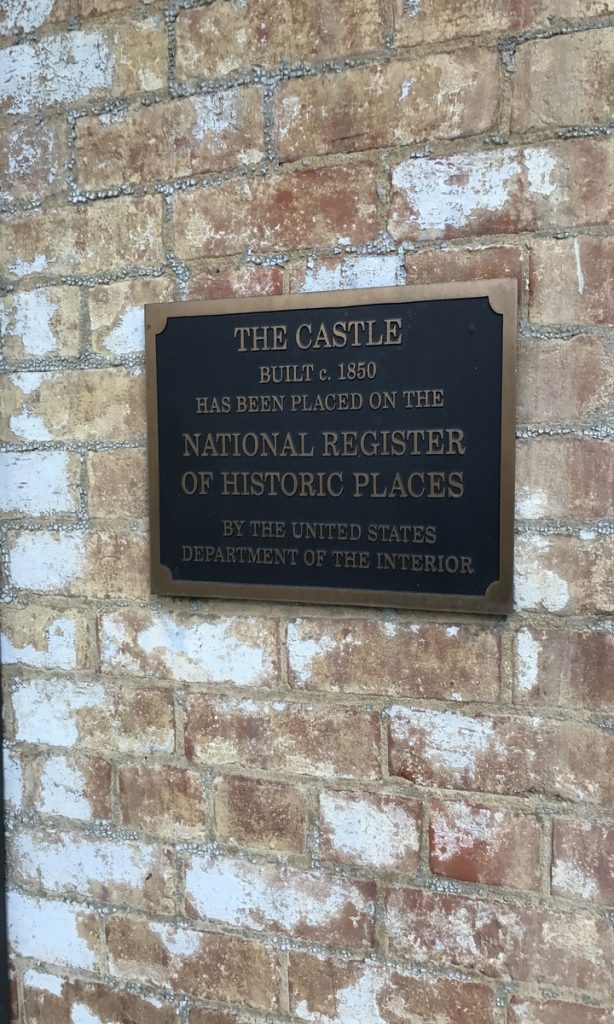 The last owners were Stewart Bosley and his sister Dr. Bertlyn Bosley, though they never resided in the house. Under their ownership, The Castle in Marietta saw a renovation that lasted nearly two decades and brought the structure to its present day grandeur. Bertlyn died in 1989 and Stewart in 1991, at which time The Castle was deeded to the Betsy Mills Corporation “as a historical asset for the City of Marietta with such asset to be used for educational and public purposes.” 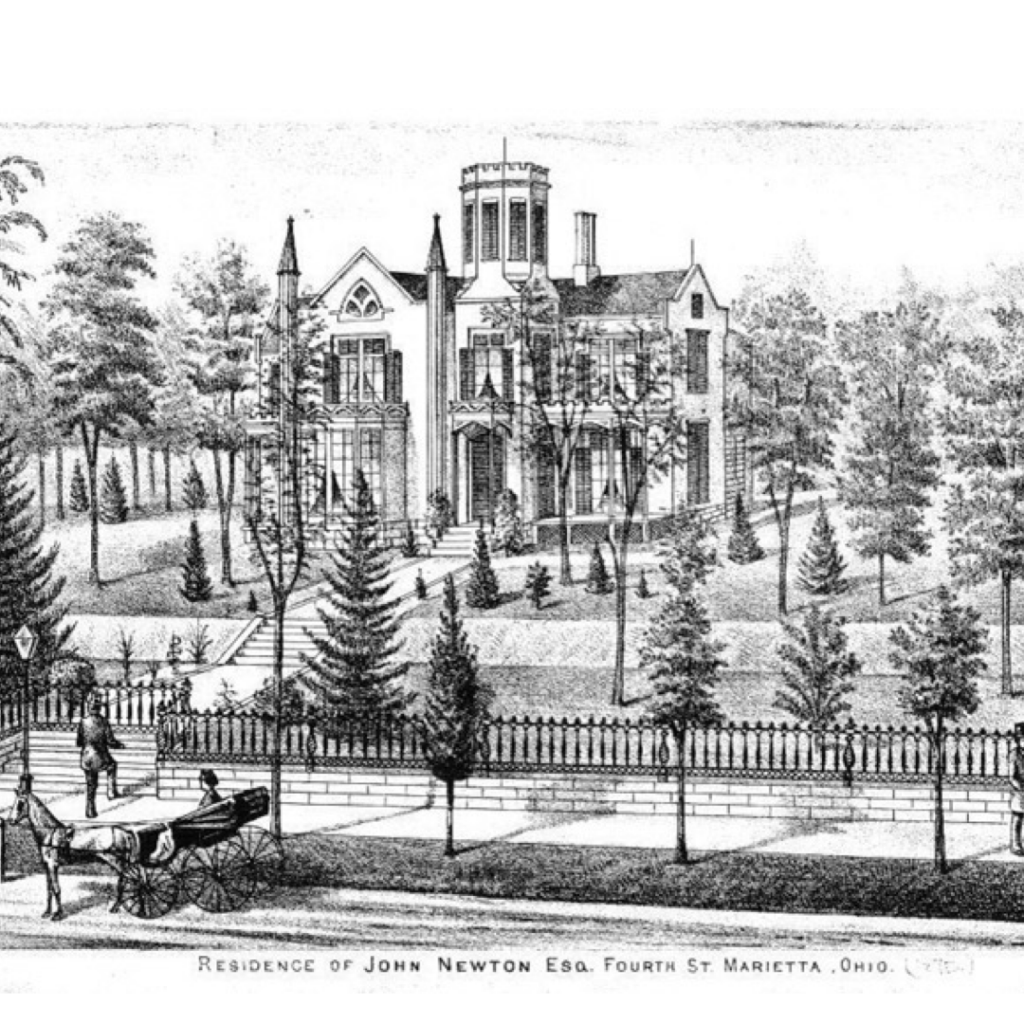 The Castle and Architecture

The Castle in Marietta is on the National Register of Historic Places and it is easy to see why it has been marveled as such a great architectural example of Gothic Revival architecture. The house is furnished with items typical of the Victorian Era making it a must see for any history lovers or antique fans. Walking through the house, you can see historic periods like rings on a tree trunk. From the 1920’s style art deco bathroom upstairs to the Victorian “hair art” the stages of owners and the mark they left on The Castle only adds to the uniqueness of the house. 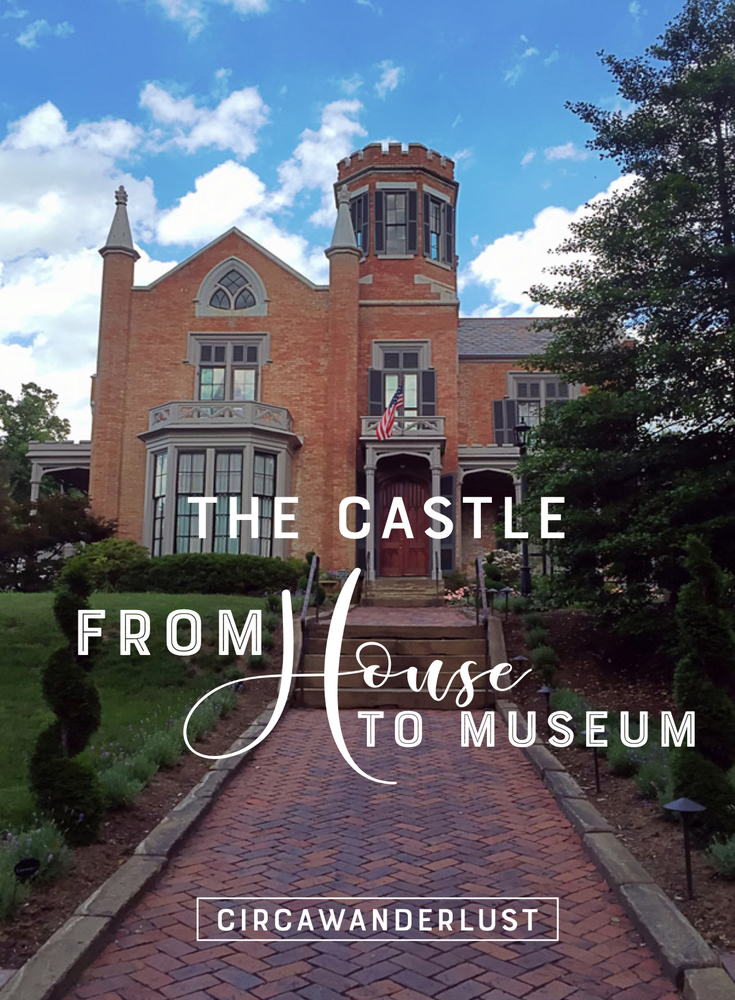