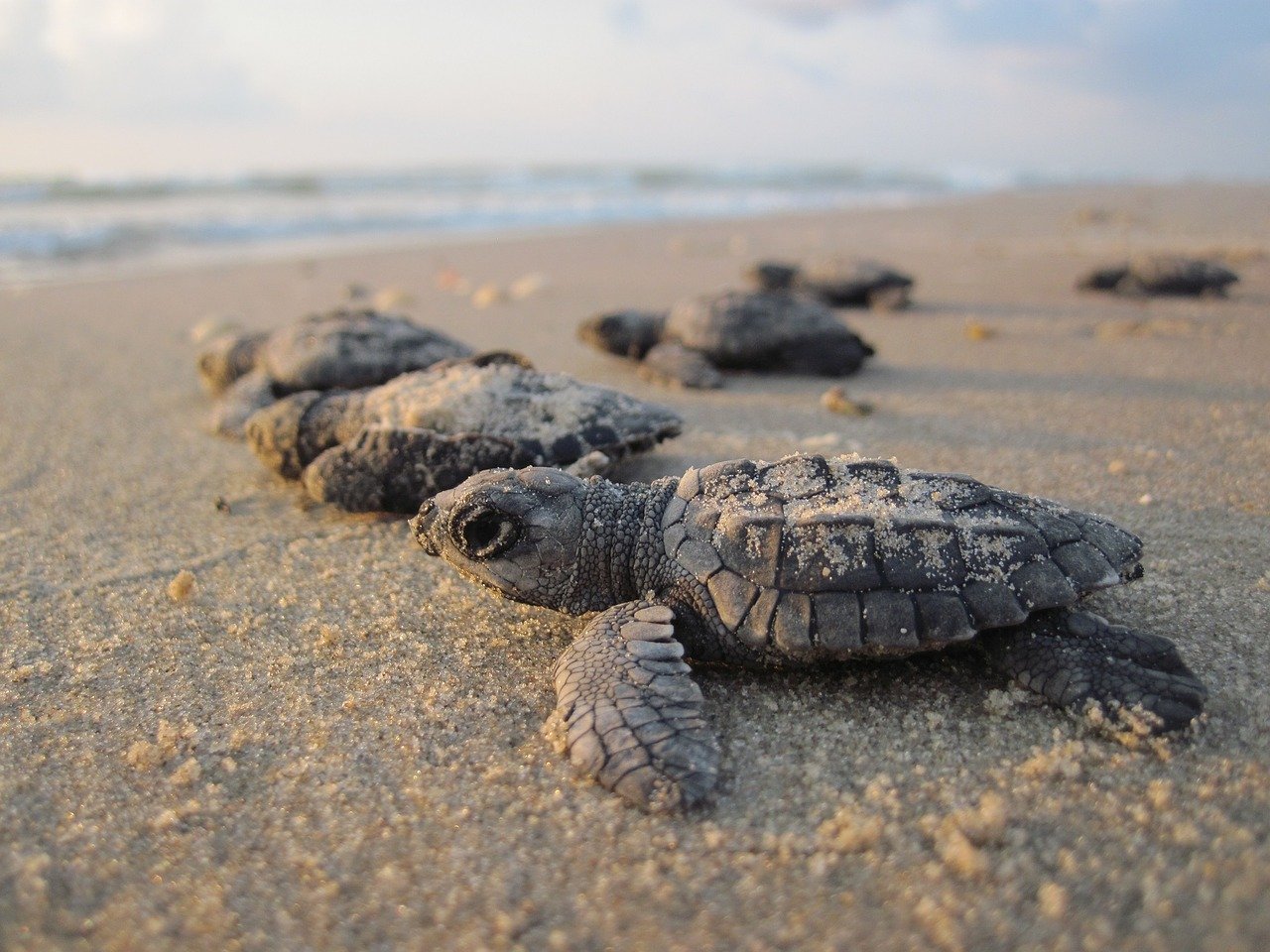 Sometimes I feel like State Parks are the little brother living in the National Park Systems’ shadow. All over the United States, we have some beautiful National Parks. But I feel like we sometimes forget about the beauty our State Parks offer us. Across North Carolina State Parks, you can find some amazing public lands. Many have bays, lakes, swamps, river systems, and mountain streams. And there is an array of wildlife you might not see anywhere else!

There are 41 places that currently make up the North Carolina State Parks system. The park system is made up of 34 parks, four recreation areas, and three staffed state natural areas. These state parks are diverse – from Gorges State Park on the Blue Ridge escarpment to Jockey’s Ridge State Park in the Outer Banks, you’ll see wildlife and landscapes that are part of North Carolina’s natural resources.

State Parks are a great way to spend time together as a family. You can explore the outdoors if you love wildlife and nature. Here are some of my favorite North Carolina State Parks and the different wildlife that calls each park home.

Located in Swansboro, Hammocks Beach State Park is a gem on the Caroline coast. The park is mainly on Bear Island, a 4-mile long barrier island. With unspoiled maritime forests and beautiful beaches for swimming, kayaking, or canoeing, this park is a great place to learn about ecology.

One of the most interesting animals found on the island is the endangered loggerhead sea turtle. During nesting season, females weighing anywhere from 150 to 300 pounds, come ashore every 3 or 4 years to lay their nests. After a two-month incubation, the sea turtle hatchlings come out of the nest and race to the sea!

Hammocks Beach State Park is also a haven for migratory shorebirds. These birds come to feed in tidal marshes and rest on the beach in the spring and fall as part of their migration. You can spot herons and egrets as well as osprey throughout the park. You’ll see bottlenose dolphins swim offshore, while white-tailed deer, raccoon, and gray fox can be spotted within the inland areas.

Jordan Lake State Recreation Area is a go-to for local birdwatchers. The park has 14 miles of hiking trails where spotting bald eagles or ospreys are common.

This North Carolina State Park is one of the largest summertime homes for bald eagles! Ever since they flooded the reservoir in 1983, the vast undisturbed areas of the park offer the perfect home for the American symbol. The lake provides plenty of fish for the eagles and the mature forest offers roosting, so the population of bald eagles visiting the area has increased over the years.

The New River is a National Wild and Scenic River. It wildly winds through what many would say is the best North Carolina mountain scenery.

New River State Park, located in Laurel Springs, is a perfect base camp for exploring the river. From paddling to camping and from fishing and picnicking to wildlife viewing, there is quite a bit for outdoor enthusiasts to enjoy at the park. And it isn’t just about the fauna at New River State Park! The flora is pretty remarkable too.

More than half of the forest in New River State Park is an oak/hickory hardwood community. Where the soil is shallow and dry you can find oaks, hickories, maples, and pines. Along the river’s tributary streams where the soil is moister, there are American beech, black gum, yellow poplar, black locust, and yellow birch. And at higher elevations hemlocks and pines grow. In the understory, there is an abundance of dogwood, sourwood, sassafras, huckleberries, alders, and hydrangeas.

You can also find mountain laurel and rhododendron growing along the north-facing slopes, both of which flower beautifully in the spring. There are also at least 14 species of rare, threatened or endangered plants growing in the valley like rattlesnake root, Carolina saxifrage, and purple sedge. And with that kind of flora comes some pretty remarkable fauna.

In the New River Valley, you’ll find white-tailed deer and black bears are seen occasionally. Along the river, there are mink, muskrat, river otter and raccoon. Beaver has also been reintroduced to the area.

Bird watchers also enjoy New River State Park due to its abundant and varied birdlife. The New River Valley is home to a number of birds uncommon in other parts of North Carolina. From wild turkeys to ruffed grouse, you’ll see quite a few feathered friends. Above the river on the cliffs red-tailed hawks nest, so be sure to look up! The real prize, though, is to spot black-billed cuckoo, willow and least flycatchers, warbling vireo, golden-winged warbler, or northern oriole. These birds aren’t seen anywhere else in the state!

In Hollister, North Carolina you’ll find Medoc Mountain State Park, a serene park worth exploring. The wilderness of Medoc Mountain is being restored through reforestation. Old fields that were once used for farming are being reforested with herbaceous plants and young pines.

Anglers and paddlers can spend some time on Fishing Creek as it flows for 2.5 miles through the park. The creek, considered to be one of the cleanest in the region, has been the home of a few rare Carolina mudpuppy! This large aquatic salamander is found only in the Neuse and Tar river systems. River otter, muskrat and beaver reside and are often seen near the creeks. And below the water’s surface, there are a number of freshwater mussels, crayfish, salamanders, frogs, turtles, and water snakes call the make their park’s creeks, streams, and boggy areas home. Along the park’s waterways, you can see wood ducks and fish-eating birds like green-backed herons, great blue herons, and belted kingfishers.

Medoc Mountain also attracts quite a variety of animals. The ever-adorable nocturnal southern flying squirrel make their nests in tree cavities in the forests. The park is also home to opossums, gray foxes, and white-tailed deer.

Kerr Lake State Recreation Area is located in Henderson and much of its land is covered by forests.

Bird species are numerous so birdwatchers, pack your binoculars! You can find songbirds like indigo buntings, red-eyed vireos, northern cardinals, prairie warblers, eastern kingbirds, and Carolina chickadees. And there are also birds of prey like red-tailed hawks, red-shoulder hawks, ospreys, and eagles that are all seen soaring overhead. 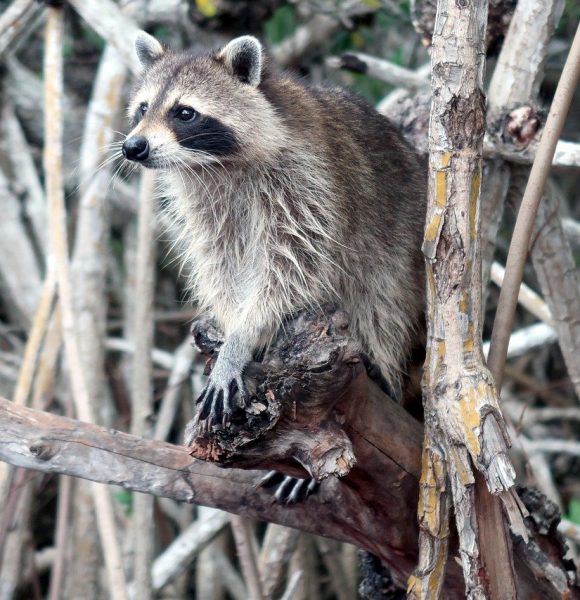 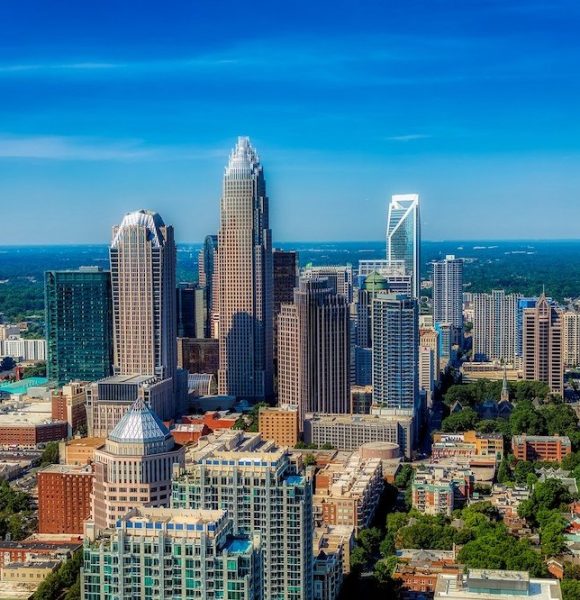 Top 5 Things To Do In Barcelona, Exploring The Catalonian Capital
Spending One Day in Yosemite National Park