Places to Visit in Ancient Rome, Exploring Ruins and History 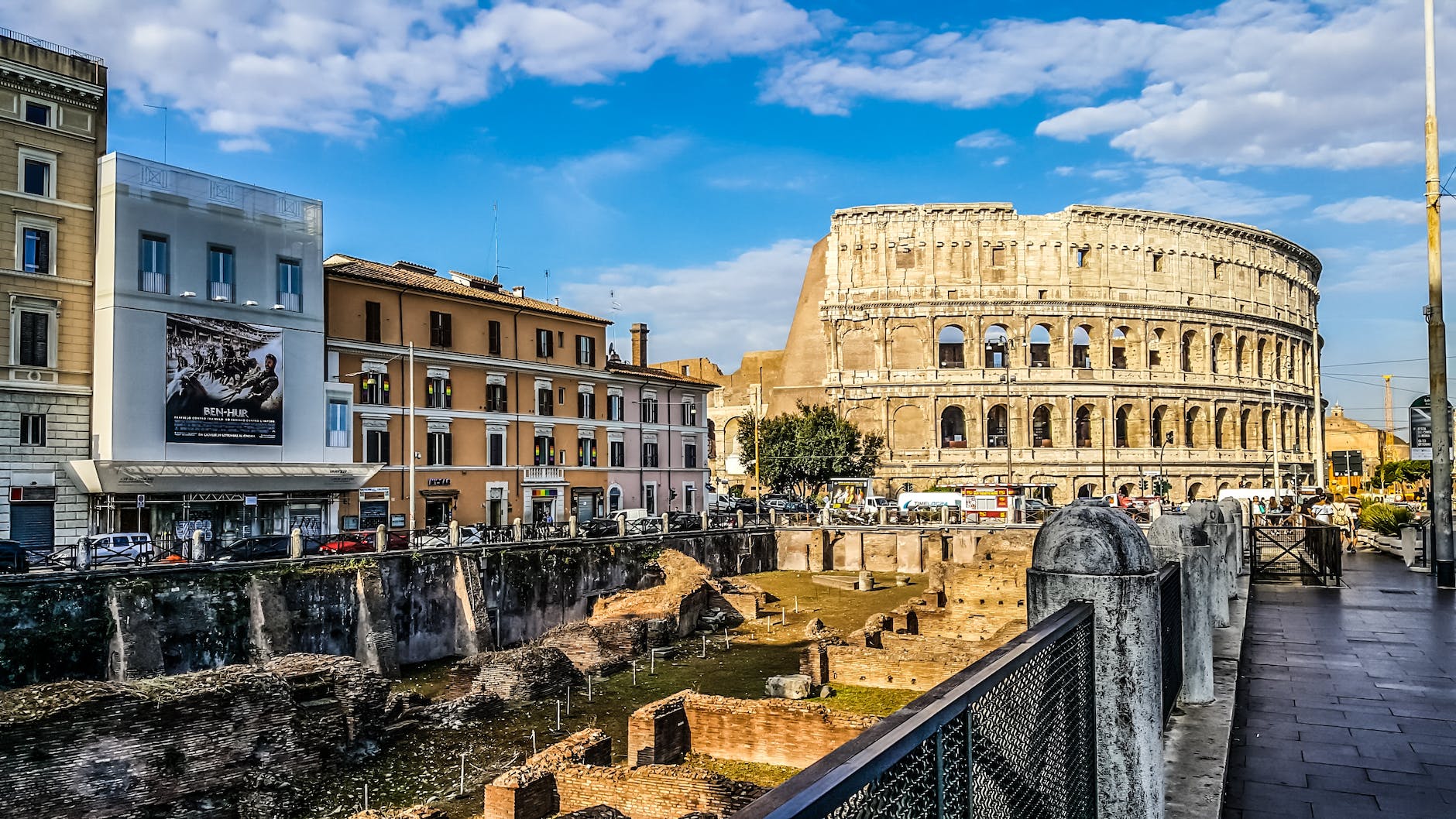 There are so many historic places to visit in Ancient Rome. Between the Coliseum, the Roman Forum, and the Pantheon, you can spend days getting lost in history. But with a little guidance, you can explore these amazing sites and learn about the fascinating culture and history of Rome. So put on your walking shoes and get ready to explore!

The Colosseum is one of the world’s most iconic ancient ruins, and its history gives us a good reason why. Built nearly 2,000 years ago by the Roman Empire, this massive amphitheater was once upon a time home to gladiatorial combat as well as animal hunts, mock sea battles, and all manner of entertainment. Today, it stands as a reminder of all that history carries: the ambition and genius that saw an entire empire rise out of extremely humble beginnings. If there is one spot in Rome you can’t miss out on visiting (and taking lots of photos!), this is it! When it comes to places to visit in Ancient Rome, the Colosseum should be at the top of your list.

The Roman Forum holds a special place in the annals of history as one of Rome’s most storied places. It was once the marketplace and political center of one of the world’s greatest empires –the Roman Empire. Julius Ceaser famously walked through its thoroughfares, eventually transitioning it from a monarchy to a democracy and forever making his mark on its halls. Here, the Proletariats raised their voices for change, and reformations echoed throughout its cobbled alleyway. The Roman Forum was much more than just a simple marketplace – it was where the revolution began and where Rome reigned supreme.

The Pantheon is an incredible temple that still stands today in Rome. It was built during the reign of the Roman Empire, and it was used to honor and worship many gods and goddesses. At its heart lay a circular temple, surrounded by walls that held sculptures of the gods – pillars were spaced around the temple inscribed with details of offerings to be made to the gods. Inside, there are high ceilings and large windows that let in natural light, providing a stunning atmosphere for worshippers. Even though worship of these gods no longer takes place inside these walls, The Pantheon continues to serve as an incredible reminder of the once vibrant religion that ruled over this part of the world.

Visiting the iconic city of Vatican City is a must for any traveler visiting Italy! Home to the catholic church, and Pope Francis himself, the small country tucked inside Rome’s walls has centuries of fascinating religious history to explore. Aside from its holy and spiritual offerings, Vatican City also has some of the world’s most beautiful and acclaimed artwork, including Michelangelo’s Sistine Chapel ceiling painting, Classical-era statues, and of course St. Peter’s Basilica. Immersing yourself in this incredible city is an amazing way to feel truly connected with a rich and varied past.

Exploring the ancient catacombs can be an intriguing experience – a unique way to delve back in time and view something rarely seen. These spooky underground tunnels, found all over the world and built centuries ago, were used as burial grounds by early civilizations and remain there to this day. Many of these tunnels still contain vestiges of the past, including tombs, artifacts, and other unexpected surprises in the darkness. Some even provide guided tours for those interested in experiencing life in a past era! With stories of legends and myths intertwined with historical facts and captivating visuals at every turn, a visit to the ancient catacombs is sure to provide you with an unforgettable journey.

Rome is an amazing city with a ton of history and culture. If you’re interested in ancient ruins, art, or architecture, then Rome is definitely the place for you! There are so many incredible things to see and do, from the Colosseum and Roman Forum to Vatican City and the Ancient Catacombs. Trust me, you won’t be disappointed!