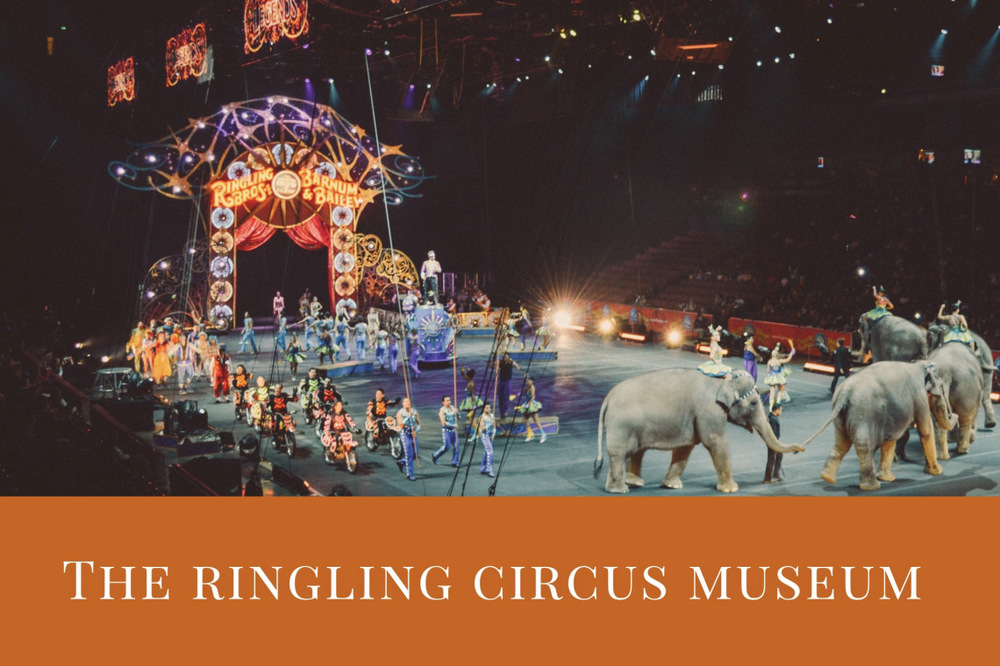 When I originally started drafting this post, I was sitting under a banyan tree in the gardens of The Ringling Estate. I had a day off and Tim was in YTT so I decided to take some time to explore my own backyard. I kept pushing it back on my draft list as other trips came up or events happened, thinking to myself “It is the Ringling Circus and this is Sarasota, it will always be here.” I am filled with great sorrow (since they announced their closing) as I write this now, feeling obligated to produce and at the same time unimpressed with my lack of fervor then… And like any millennial I bask in my self pity and wallow for a moment before having a moment of clarity: The Circus Museum and the Ringling Bro’s legacy in Sarasota. W 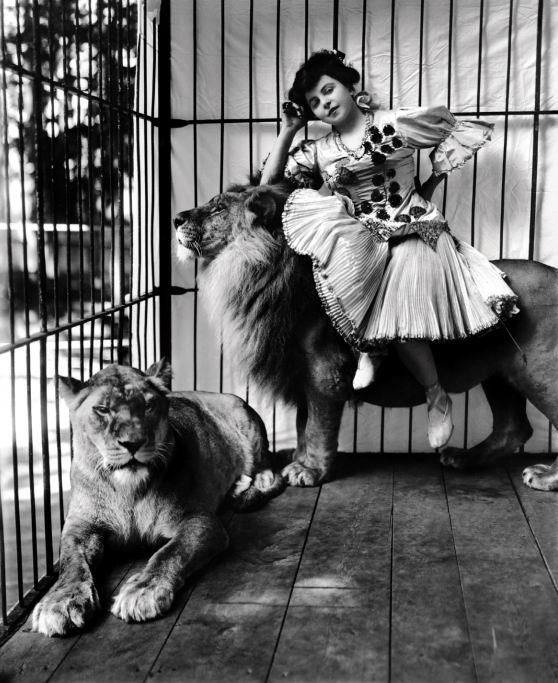 The Circus Museum at The Ringling

I’ve said it in previous posts about the circus; I’ve never been. And with the recent announcement and no more Florida tour dates it is safe to say I never will. With that realization, I feel like I missed out on a classic part of American culture and even more so having lived in Sarasota. I guess the only thing that makes it okay for me is knowing that I am lucky enough to live 15 mins away from the Greatest Show on Earth’s archive and one of the world’s most amazing museums.
The Ringling Estate is home to so much of John Ringling’s legacy that it should be no surprise that Circus Museum also calls the grounds home. Established in 1948, it was the first museum in the country to document the rich history of American circus history. As you walk into the building and through the entrance tent, you enter a circus version of Willy Wonka’s world. It collection showcases banners, costumes, wagons, and The Wisconsin, the Ringlings private railroad car in which John and Mable traveled for business and with the circus.
In this magical world filled with all things circus (past, present, and future) you experience the thrill of circus folk life as you walk by the parade wagons, the colorful posters, the glittering costumes that take your breath away, and the cannon that shot daring performers through the air. You stroll through circus history from antiquity to present day with each step you take.
The museums center piece is the must-be-seen-to-be-believed 44,000-piece Howard Bros. Circus Model and the Greatest Show on Earth Mural celebrating the entertainment that has delighted packed houses in great cities and small towns across America for generations. Step right this way… The circus model weaves around the building, allowing you to see how massive and how awe-inspiring it was to see its trains roll into town. 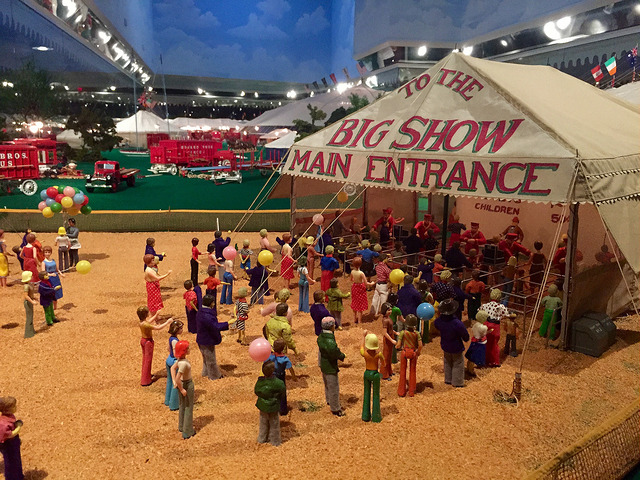 Photo by: Rick Trilsch, All CC

William Woodward’s “The Graetest Show on Earth” mural is an artistic homage to the circus’ history. It was located in the Field Entertainment offices until the piece was donated in 2012 to The Ringling. At 42 feet by 22 feet the oil on canvas paiting features 45 performers and 45 animals. And even though the Circus Museum is at The Ringling Estate, the collection showcases circus history and pieces from all over the world! 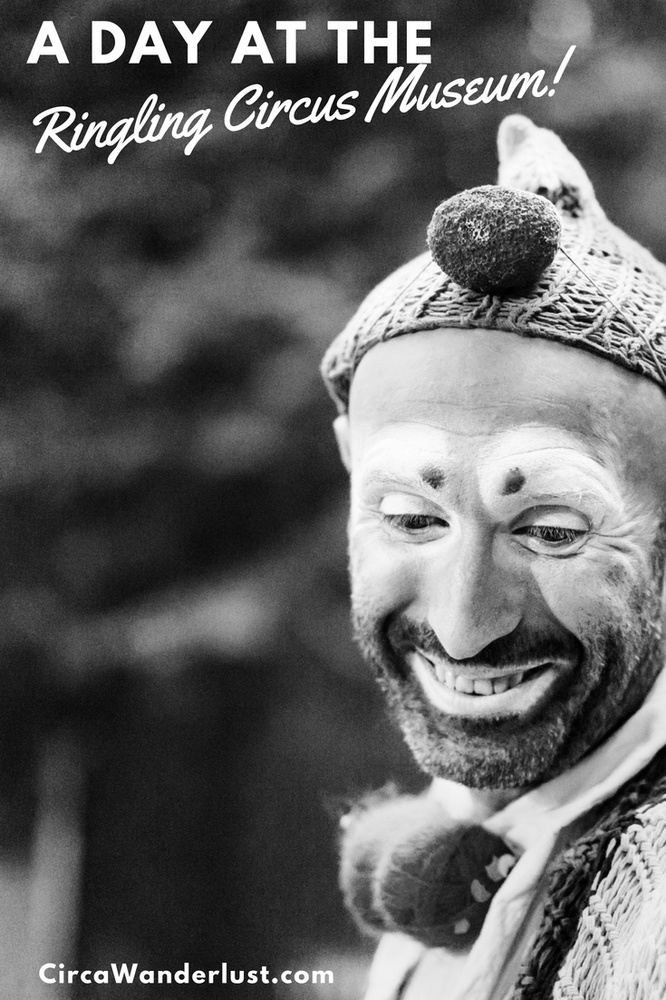 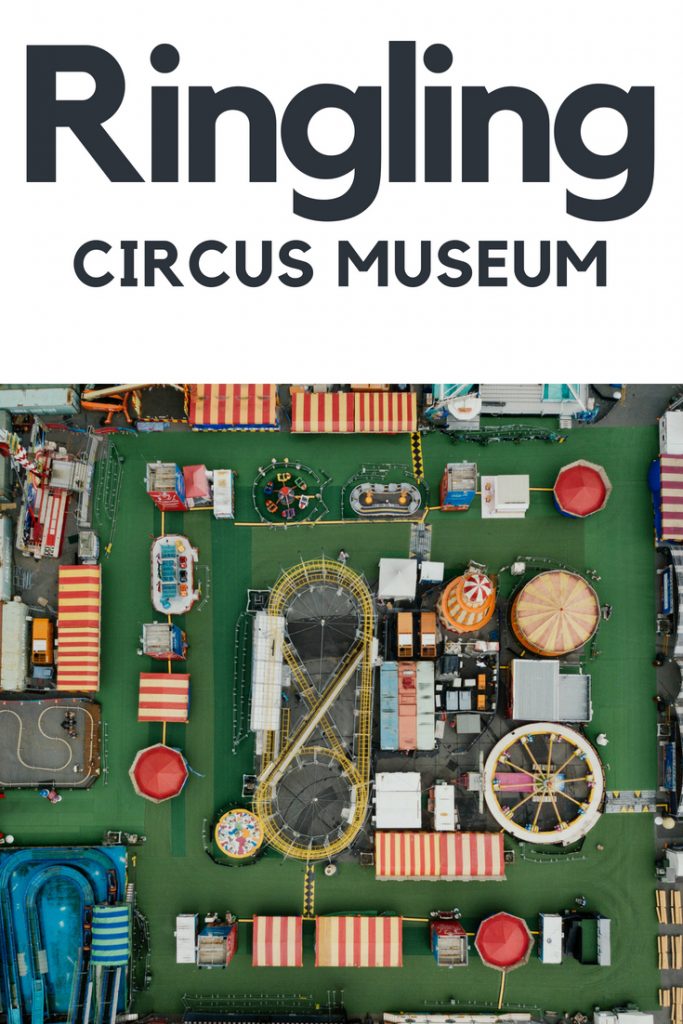 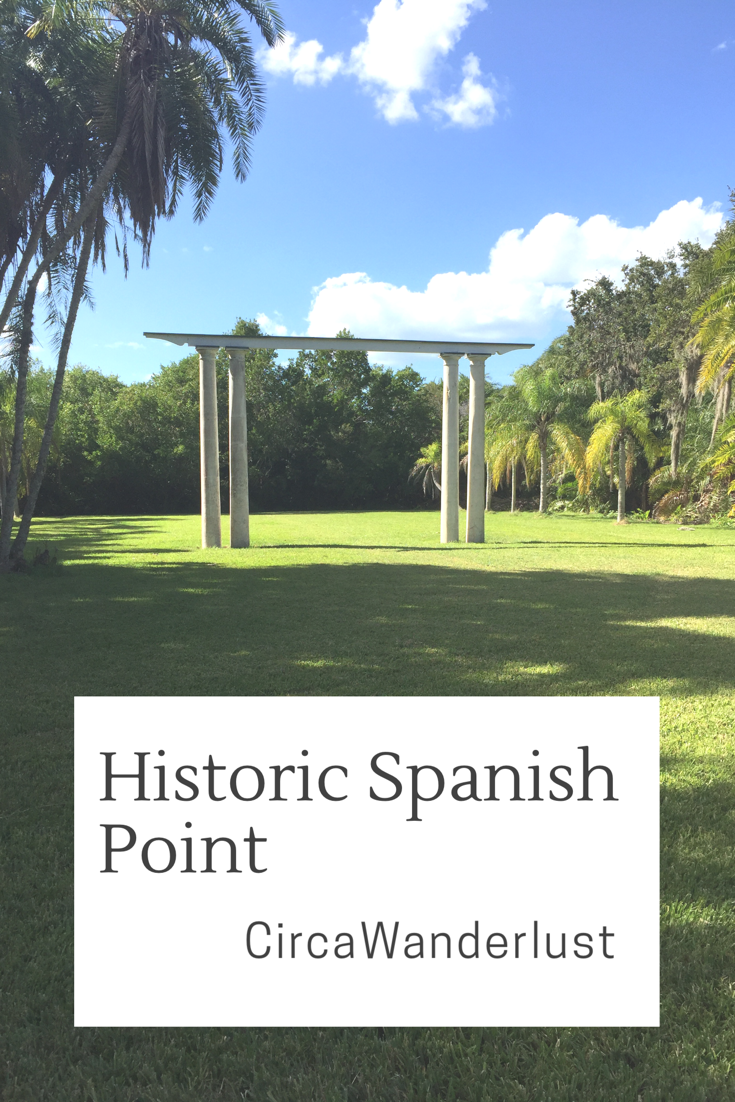 More times than I would care to admit, Tim and I have found ourselves exploring a part of sarasota unbeknownst to us. And every time we are completely enamored by what we discover. A few weekends ago we made our way to Historic Spanish Point, […] 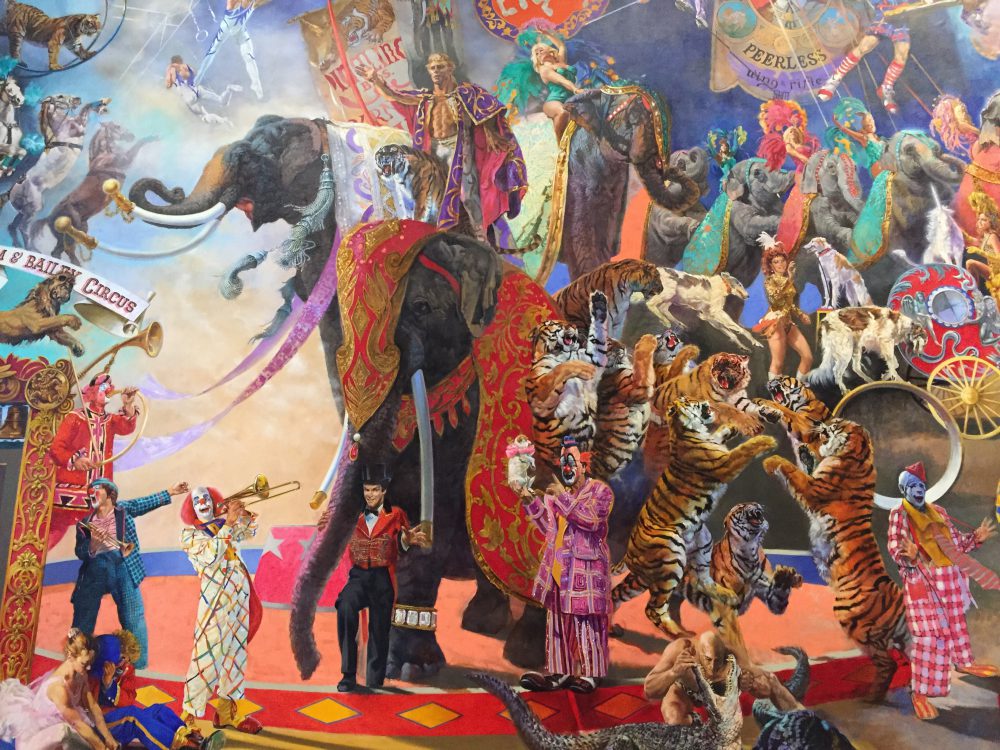 Sarasota: The Sunny Town That No Longer Has a Circus

Ask any Sarasotan about Siesta Key and they will quickly tell you two things: how far away you currently are from there and that it is the #1 beach in the country. I’ve been living in Sarasota for over 16 years now. In those 16 […] 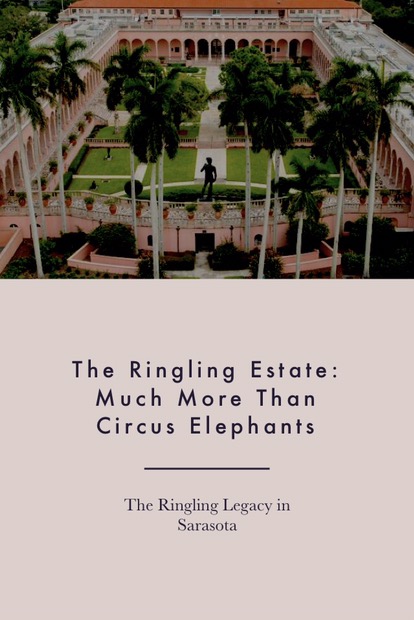 The Ringling Estate: Much More Than Circus Elephants

There has been so much focus on the circus end of the Ringling Legacy lately, and I know I am guilty of it just as much as the next person. Especially since I have had so many half edited posts sitting in my draft folder… […]

Sarasota: The Sunny Town That No Longer Has a Circus
CircaWanderlust Bogota Travel Guide