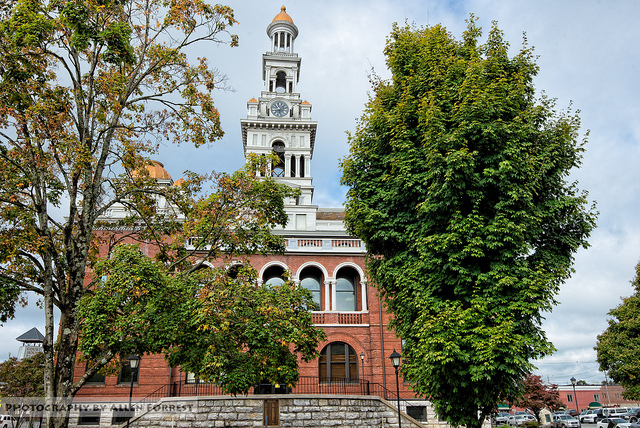 I’ve gotten use to saying that we live in an adorably quaint little town filled with Southern Charm and Stars Hollow feels. Most people have heard of Pigeon Forge or Gatlinburg, and if they do know of Sevierville it is only because Dolly Parton calls it home. If you’ve ever heard the songs in which she talks about this place, you know exactly why it was so easy to fall in love with Sevier County.

As a lover of history, I am a happy camper here. Sevierville (pronounced “Severe ville”) is named after John Sevier, one of the key figures in Tennessee history. John Sevier was a frontiersman, soldier, war hero and politician who served under George Washington in the American Revolution, distinguishing himself at the battle of King’s Mountain.

When the State of Tennessee was formed in 1796, Sevier became its first governor, serving from 1796 until 1801 and again two years later from 1803 until 1809. He later served as a state senator and was a member of the US House of Representatives in 1811. John’s political career involved a rivalry with Andrew Jackson that almost resulted in a dual in early 1800.

Historical buildings are all over Sevierville and Sevier County, from bridges to old churches there are numerous places of significance. Many are special in their design or because of their builders and remarkable due to events that transpired within their walls.

Sevierville was named as the county seat of Sevier County in July of 1795. Four county courthouses proceeded the fifth and current courthouse, which was built in 1896. The current courthouse was designed by the McDonald brothers as an example of the Beaux-Arts classical style and utilizes bricks manufactured by African-American mason and Sevierville resident, Isaac Dockery. The courthouse rises 130 feet above the surrounding city of Sevierville and contains a four-sided Seth Thomas clock set into its elegant tower.

This historic backdrop is what greeted me, along side the Dolly Parton statue, for Bloomin’ Barbeque & Bluegrass the day I was a judge for the BBQ contest. I often talk with Tim about how stressless our life is here, in this little town filled with sweet tea and charm. Compared to SWFL, traffic is nothing and people are much friendlier. It seems that while it maybe one of the most visited areas in the country, people haven’t lost their touch of niceness… everyone knows each other and if they haven’t met you yet they take the time to say hello.

I live in a town where the local library has book clubs and a history center that houses microfilms of newspapers from 1810 through present, where a older gentleman helped me all morning find pictures of general stores before the National Park was established because I was curious. This place is pleasant and feels like home, even if it has only been a few months. And with the mountains greeting me every morning with a warm hello and a cool good-bye, I can see why Dolly has dedicated entire albums to her home. Our home. My home.