Top 5 Things To Do In Barcelona, Exploring The Catalonian Capital 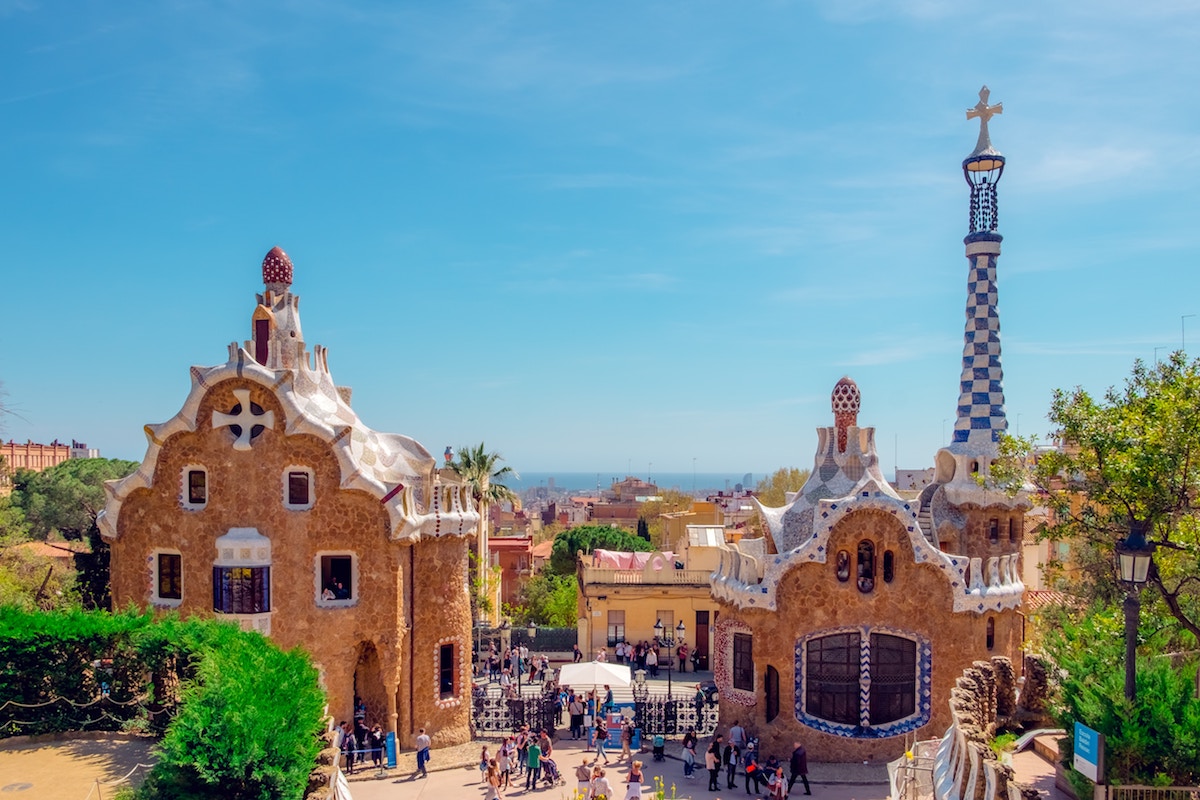 I first went to Barcelona when I was in high school on a summer trip. Even though I was a fresh-faced traveler having only experienced a fraction of the world the city captivated me. I feel in love. One of the things I love so much about the Catalonian capital is that there are so many things to do in Barcelona!

Barcelona is hands down one of the most vibrant cities in all of Europe. Everywhere you look, there is history, culture, character, and beauty. It is one of the cities in the world that you have to really experience to understand why everyone loves it so much. There is good food, great wine, amazing architecture, and an overall cool city.

The city has so much to offer that narrowing down what to add to your Barcelona itinerary can sometimes be a challenge. Here are what we think are the best things to see and do in Barcelona.

Basilica De La Sagrada Familia is really unlike anything you’ve ever seen – especially for a Catholic church. As Barcelona’s most famous site, no trip to the city would be complete without a visit to Antoni Gaudi’s prized piece of architecture.

The church is still unfished with a slated completion date of 2026 even though construction of the church began more than 130 years ago. I remember when I went in 2006 to La Sagrada Familia there were signs for the anticipated completion date – even then the thought of something being 150 years in the making blew my mind as much as the unique design.

There are numerous biblical stories that are ornately depicted along the church’s outer structure. Everywhere you look, there is religious symbolism that Gaudi, a devout Catholic, included in the design. I think it is safe to say that it is one of the most ornately decorated churches with immaculate attention to detail.

2. Spend some time at Las Ramblas

Las Ramblas, oh man, where do I start? This is one of my favorite places in Barcelona because it is so lively and ever-changing. Las Ramblas is a large and famous boulevard between Placa de Catalunya and Port Vell that attracts street performers and is never dull.

It is a great place to people watch! Just make sure you keep an eye on your wallet as pickpockets know how popular a destination it is. There are a number of great bars with terraces to spend a few hours on looking over the shady boulevard and taking in the general splendor.

3. Step into a Dr. Suess book at Park Güell

While La Sagrada Familia is what many consider to be Gaudi’s most impressive works if you ask me Park Güell is where his talent shines through – bright and colorful! The park falls under the “Works of Antoni Gaudí” and is a UNESCO World Heritage site. With mosaic pieces, groovy lines, and bright colors the park looks like something straight out of a Dr. Suess book!

The park originally started out as a housing development but the idea never took off. After the first house never sold, Gaudi purchased it and moved in with his family. Today, the house is the Gaudi House Museum (Casa Museu Gaudí) and contains original works by Gaudí.

4. Have a beach day at Barceloneta

Barcelona is a seaside town and spending time at the beach is a favorite pass-time of locals and tourists alike. The city’s most popular and well-known beach is Barceloneta. While it isn’t one of the most beautiful in Spain, it certainly is a lot of fun! You can spend a day enjoying seafood and tapas at nearby bars, people watching, or even taking up a game of beach volleyball.

If you are looking for things to do in Barcelona that involve food you can’t miss going to La Boqueria. The city is packed with culinary talent and anyone spending time in Barcelona can experience gastronomical delights. But going to this much-loved market can’t be missed.

La Boqueria, which attracts more than 45,000 visitors per day, has an impressive array of food offerings. Food stalls offer everything from fresh fruits and vegetables to traditional Catalonian cuisine. You’ll find things like spice stalls as well as eat-in stalls serving food so bring your appetite!