Old City Charm: Awesome Things to do in Cartagena, Colombia 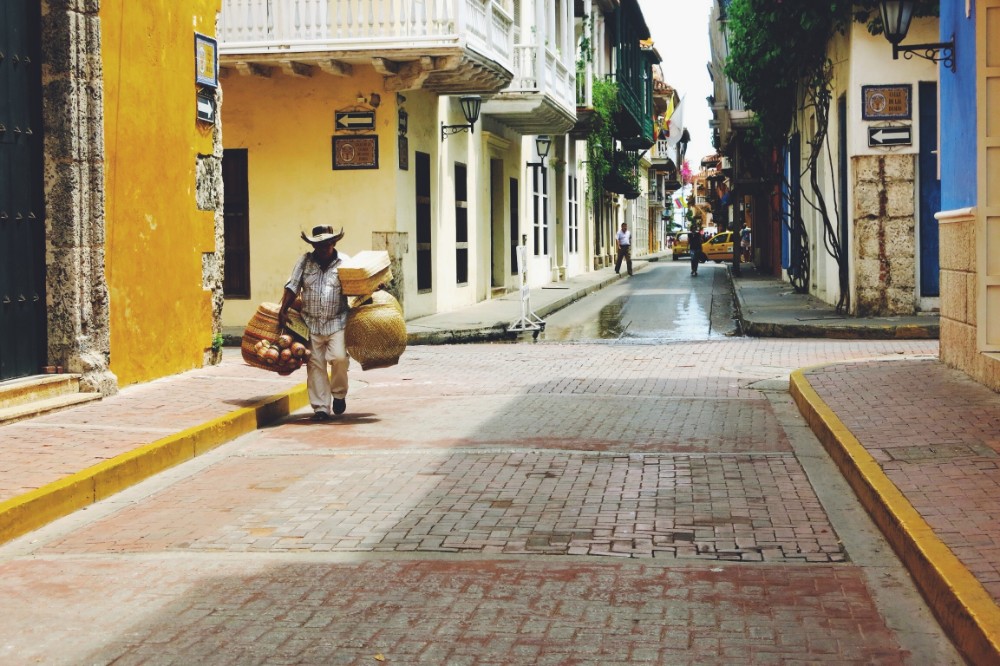 Cartagena is a gem of a city. With beautiful beaches that hug Colombia’s Caribbean Coast, a historic city center, and colorful locals with welcoming smiles it isn’t surprising to see that the rest of the world is quickly catching on to what Colombians have known for years – Cartagena is a gem of a city. If you are heading to the Heroic City, there are some must and do’s. But we’ve also added some of our favorite things to do in Cartagena that are hidden spots that no many people know about!

Things to do in Cartagena

Walk Around the Old City

Cartagena is one of Colombia’s most historic cities. The cobblestone streets that are peppered with brightly colored houses and adorned with beautiful flowers are part of what makes the Old City a UNESCO World Heritage site, so you know it is going to be stunning! Don’t believe me? Head over to Instagram and see some of the beautiful photos of Colombia and Cartagena.

The city’s historic charm can be seen first hand in what is referred to as the “Old City,” a portion of the Cartagena that at one point was walled off. This is where you will find gorgeous churches and picturesque balconies.

Spend Some Time in Bocagrande

Bocagrande is the newer, more urban side of Cartagena. Known for the buildings that give the skyline shape and long stretches of sandy beaches, you will definitely get a Miami vibe from this neighborhood.

Some of the cities best restaurants are in Bocagrande and the nightlife is known to be on point.

El Castillo (Castle) de San Felipe is more military castle than it is a Royal palace fit for a fairy tale. But don’t let that deter you from visiting! Located on the top of a hill, you are sure to have an amazing view from there.

El Castillo in Colombia is similar to those you’ll find in historic Spanish colonies or military points of interest, like Puerto Rico and Saint Augustine, Florida.

Catch a Performance at the Teatro Adolfo Mejia

Commonly known as the Teatro Heredia, this theater is gorgeous! It was built to celebrate the first centenary of the Colombian Republic in 1911. Formerly a church, the theater still hosts some of Cartagena’s most glittering events. You can enjoy films, performances, and concerts in the stunning setting.

Gaining inside the theaters doors can be tricky, unless you are attending an event. If you love historic theaters like I do, make sure you book a tour to go inside!

The Palace of the Inquisition in Cartagena is a must for local history lovers. This museum is home to the city’s archives, the story of Cartagena, and a number of exhibits and artifacts worth checking out.

People Watch at Centenario Park and the Plazas

Cartagena is a coastal town, which is South America means that life is a little slower paced. And there is no better place to take in that laid-back atmosphere than a park or plaza in Cartagena.

At Plaza Santo Domingo you will find one of my favorite artist’s, Fernando Botero, sculptures. You’re sure to catch a glimpse of an iguana or sloth at Centenario Park too!

Getsemani is Cartagena’s hipster district. Full of cafes and some awesome street art, this is where all the young people hang out. If you are looking to get away from some of the traditionally touristy things to do, this is a great place to spend the day to see Cartagena through the eyes of locals.

Cartagena has some of the most beautiful convents I have ever seen in my life. And it isn’t hard to see why – the city has a historic Spanish influence, much of Colombia, which includes a Catholic presence. For a great view of the city and beautiful , make sure you visit!

The Rosario Islands are located just off the coast of Cartagena. The islands, 28 of them, all form a National Park. The park was created to protect and preserve one of the most important coral reefs in the Colombian Caribbean Coast. They have been protected since 1977 and have become a favorite place for divers looking to see some of the amazing marine life that calls the islands home.

Sunshine and beautiful weather abound in Cartagena, so pack the sunscreen and hit the waves!

Las Bovedas, or The Vaults, are the perfect places to find Colombian artisan crafts and handmade goods. The building was originally intended to be a munitions store for the fort and according to local legend was used as a dungeon. With forty-seven arches and twenty-three domes, it is one of the city’s most interesting structures.

While most old shoes get thrown out, these giant ones are said to bring good luck if you rub them! The sculpture was put up to honor the Cartagenan poet, Luis Carlos Lopez, who loved a little satire.

If you haven’t started planning your trip to Colombia already, what are you waiting for? There are so many amazing and fun things to do in Cartagena that you’re sure to have a great time! Besides, the food is delicious! 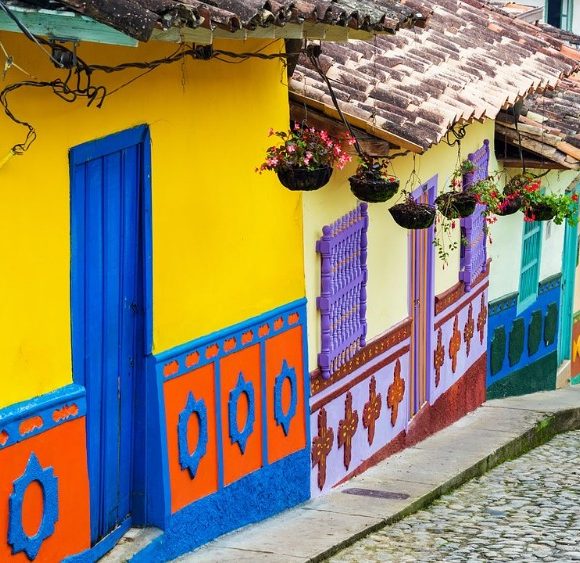 40 Pictures that Prove You Need to Visit Colombia

Colombia is becoming a hot destination and I’ve been lucky enough to see it happen first hand. Every year, Tim and I try to make it down to visit family with many people wondering what is so wonderful about Colombia. And each time we are […]

15 Reasons Why You Should Go To Colombia

Having grown up spending summers in South America, I can speak first hand to the rhythm and beat that flows through the continent. Like the human heart in the body, Colombia is pumped full of life, happiness, colors, and music by a culture so rich […] 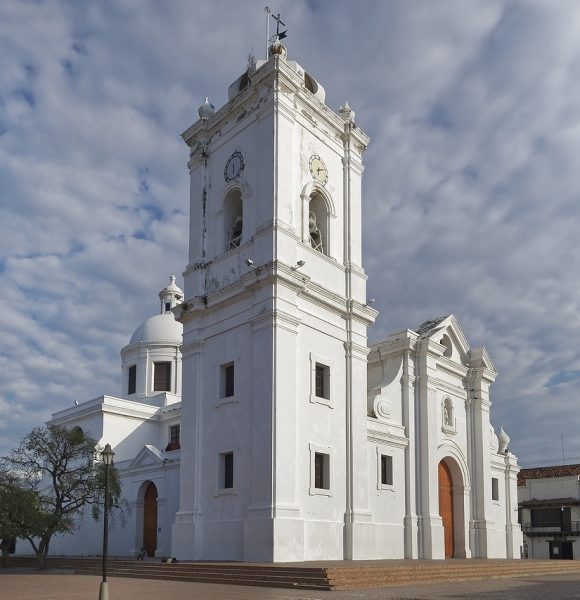 How To Get From Cartagena to Santa Marta, Colombia