Best Things To See In Scotland 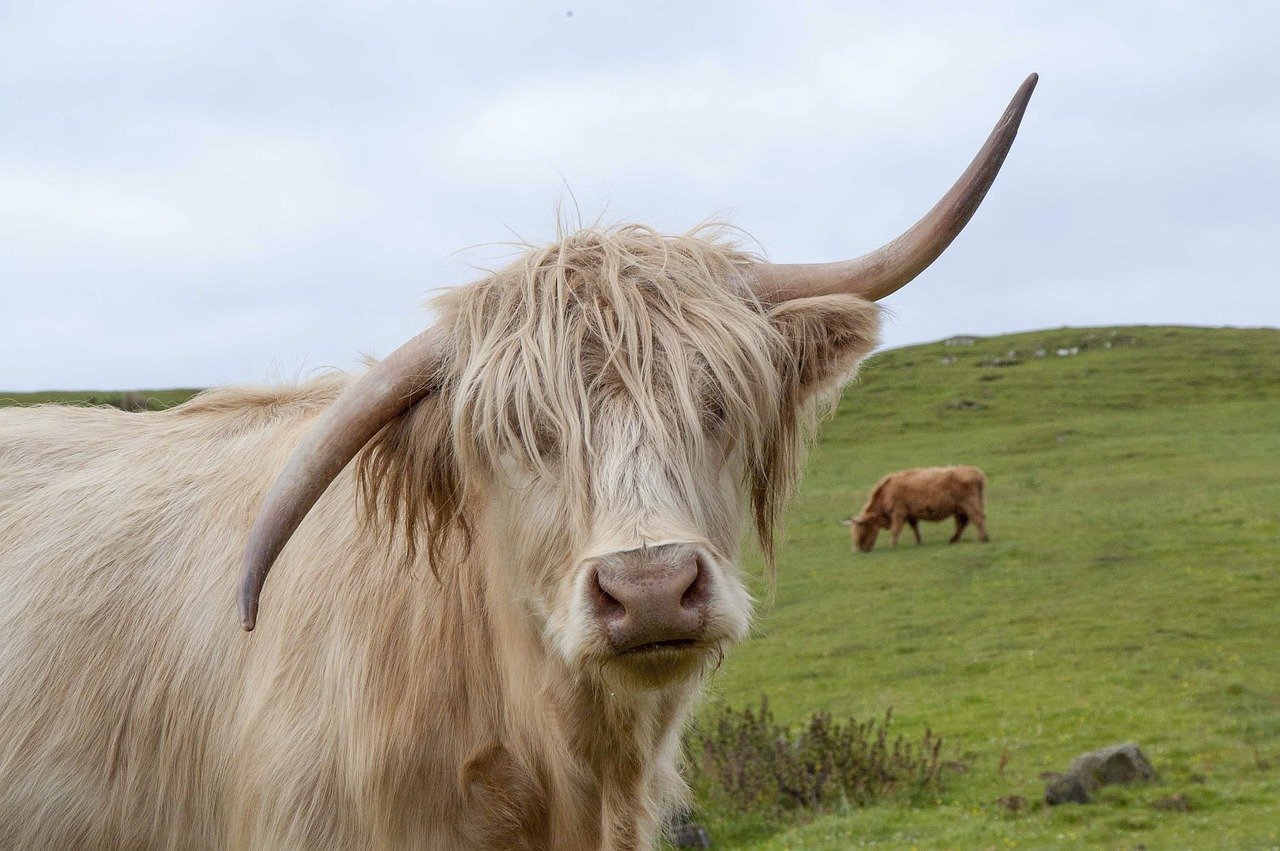 Scotland is one of those places that doesn’t just speak to your wanderlust, it speaks to your soul. If you watched Game of Thrones or you’ve been binging Outlander, you know what I’m talking about! Something about those cute cows and huge cliffs makes you want to grab a bag and start planning where to go for the best things to see in Scotland.

Scotland is still one of Europe’s hidden gems since it’s not super crowded with tourists. We’ve put together a 10-day itinerary with some of the top locations and what we think are the best things to see and do in Scotland.

Personally, I think the best way to see Scotland and everything it has to offer is by car. Traveling on your own and at your own pace is pretty easy as long as you have a GPS on your phone to use. Driving on the other side of the road can seem a little intimidating but I promise its not that bad. Just remember to keep to the left and pay attention to the road.

Things to know before you travel to Scotland

Keep cash for tipping. If you pay with a card, you typically can’t add gratuity like you can in the US. Tipping is around 10% and is sometimes added to the bill so be sure to look to avoid double tipping.

Get a local SIM card with a prepaid plan. Depending on how you plan on using your data or minutes, the employees can generally steer you in the right direction.

The weather changes drastically, really quickly. It can go from super cold rainy to sunny and hot within 15 minutes so dress in layers. And just like you would for a trip to London, pack a raincoat!

Best Things to See in Scotland

Glasgow is a city with tons of things to see and do. It’s both modern and historic for a nice mix with a dash of pop culture when you add in the Outlander filming locations. This Scottish city has become of most intriguing in the United Kingdom. Full of live music and thriving pub culture that is legendary once the sun goes down, Glasgow is full of history but is known for its modern architecture. It is a truly international metropolis with so much to offer visitors.

Best Things to See and Do in Glasgow

The Devil’s Pulpit is a crazy sight! The rocks and the water are blood red which has sparked legends and myths around it. It is said that it was where people were killed and since its red with sacrifice for the Devil. Its official name is Finnich Glen and the legend around is really cool if you are into myth and lore. To get there, you’ll have to trek through a muddy path that leads you to the wet, narrow, and uneven staircase that leads you down to the gorge. It is here that you get your first glimpse of the blood-red water. If you want to actually see the pulpit, a mushroom-shaped rock near the waterfall, you’ll have to swim in the blood hued water…

Just a short 35-minute drive from the city is a natural wonder with views that are worth the drive. This beautiful loch has plenty of things to see and do on and around it! But if you don’t plan on renting a car, I recommend taking the train to the loch. There are two trains that can take you to the National Park where the loch is located – ScotRail’s Glasgow – Balloch and Glasgow – Oban/Fort William which is part of the West Highlands Line.

The West Highlands Line is considered one of Scotland’s most scenic! It provides a number of stops that are near the national park but to if you aren’t looking to spend all day on the train or exploring the National Park, jump off at Tarbet and Ardlui to then hop on the Waterbus services across to Loch Lomond’s eastern shores.

Buchanan Castle is one of those places that has a lot of cool history behind it and isn’t very well known. Like other estates across the United Kingdom, as economies changed and society embraced modern amenities many of them couldn’t stay afloat. If you’ve seen Downton Abbey, you know the story of a beautiful estate, passed down from generation to generation, eventually isn’t able to economically sustain itself. Tragically, a lot of these gorgeous homes weren’t quick to make changes so as time went on they ran out of money. Buchanan Castle’s story doesn’t end there though. During World War II, it was used as a hospital. In the following years, there were numerous attempts to preserve the castle in some way, but nothing ever came to fruition.

Glasgow’s downtown area is a perfect place to grab dinner or a drink after you’ve spent a day exploring. It’s full of street art, cool bars, and plenty of people watching. If the weather isn’t on your side, head to Merchant Square, there are plenty of indoor options.

If you can plan your trip around being in Edinburgh in August, do it! Not only is the weather some of the best, but it is also when the city has the  Edinburgh Fringe Festival. This festival is considered one of the world’s biggest arts festivals and definitely one of the best things to see in all of Scotland. There are thousands of performances all over the city – from comedy to musicals to concerts – and most of them are free! If you can’t plan your trip at the same time the festival is happening, don’t worry. I promise, there are still plenty of other things to do see in Scotland’s capital.

Best Things to See and Do in Edinburgh

If you’re looking for those cute cobblestone streets, historic buildings, gorgeous cathedrals, and charming shops head to Old Town. The centuries-old buildings and narrow city streets take you back in time with charm. There are plenty of bars and great restaurants to check out so Old Town is certainly worth spending at least an evening in.

It really is impossible to miss Edinburgh Castle! It sits atop a now extinct volcano in Old Town. The historic fortress dominates the skyline and has some of the best views of the city! Parts of the building date back to the 12th century so history lovers will appreciate the complex and intricate story of the site.

The castle houses the Honours, or Crown Jewels, of Scotland and the Stone of Destiny which has its own unique history! I highly recommend one of the guided tours since they provide so much cool history about the castle and the region.

If you have time, I would also recommend checking out the Edinburgh Vaults though it might be something you skip if you get claustrophobic. Legend has it that Edinburgh was actually built on top of a much older city. And like every good city with hidden underground tunnels, this is where it is said more than one murder happened… It reminds me a little of The Cask of Amontillado! You can see part of that older, buried, city when you go down into the vaults.

Inverness, in the Scottish Highlands

The Scottish Highlands are pretty gorgeous, I think we can all agree on that! Everything is pretty spread out and with narrow roads, travel in between points of interest can be slow, so you’ll want to spend at least 4 or 5 days exploring the Highlands in Scotland. But I say spend as much time as you can! This Scottish Highlands are the kind of place where you really could spend your whole vacation exploring.

Best Things to See in Inverness

Inverness is a place that is rich in culture and history as well as some local legend that surrounds its famous neighbor, Loch Ness. So many people will tell you that a trip to Scotland isn’t complete without going to the Loch Ness and lucky for you, it is in Inverness! But that isn’t the only thing to do in this area. There are so so many other things to see and do.

There are so many ways to experience Loch Ness but if you’re wanting to avoid some of the flocks of tourists, head to the cute village of Dores! Its located on the East shore of Loch Ness, just 10 kilometers from Inverness. It’s a small village but because of its location gives you a really dramatic and breathtaking view of Loch Ness. There is a beach in Dores on the shores of the loch, but only the brave seem to go in since it is quite cold. But walk around and keep an eye out for Nessie!

I can’t speak much about Nessie sightings in Dores (which let’s be honest, would be one of the coolest and best things to see in Scotland) but I think Dores Beach gives you a great way to experience Loch Ness in a more quiet way.

If you do want the full tourist experience, definitely do a Loch Ness cruise. They have a cute Nessie that you can take a picture with, in case you don’t spot the real one and it is a great way to get around to see some of the shoreline sites you can’t see as easily from one spot.

If you love chasing waterfalls you don’t want to check out Plodda Falls! It is a bit out of the way from Inverness, but for a good waterfall, its worth it! The trail that takes you right to the top of the falls for a killer view is easy. I always love going to the top for a waterfall and seeing the view, then on the way down when I get to the base of the falls I look up! It gives you a really awesome perspective of the waterfalls and is really cool to see where you just were.

Dunrobin Castle is really quite a sight! It is the historic home of the Earls and Dukes of Sutherland and has quite a unique history. It is one of Britain’s oldest continuously inhabited houses dating back to the early 1300s when it was home to the Earls and then the Dukes of Sutherland. And the Castle was used as a naval hospital during WWI, like many large homes during the war were.

Dunrobin is the most northerly of Scotland’s great houses and with 189 rooms it is the largest in the Northern Highlands. Located on the east coast of the Northern Highlands overlooking the Moray Firth, just north of the villages of Golspie and Dornoch, the landscape that surrounds is straight out of a movie! And it is really one of the best things to see in Scotland.

Guests to the castle can take a self-guided tour through the staterooms on the first floor as well as through the smaller rooms in the older parts of the castle. The earliest part of the building dates from around 1275 which is around the time that the Earldom was created. You can also see the formal garden and go into the Victorian museum.

Visiting Scotland can be so much fun. There is so much to do, from history to trendy bars, that you really do have a lot to pick from. These are some of my favorite things to see in Scotland but the truth is this is only a fraction of what it has to offer you!