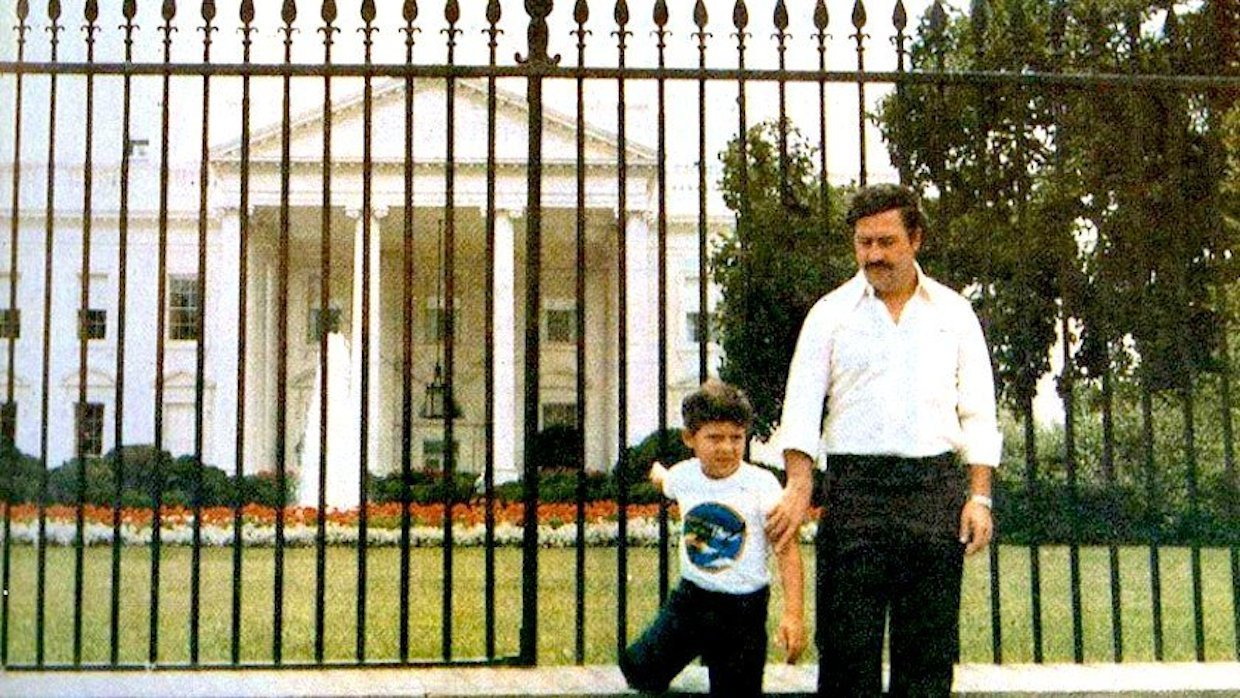 As a Colombian, I am constantly in a battle between embracing pop culture and defending my motherland from the cocaine stigma that has so deeply scared it. It is easy to fall on either end of the spectrum: embracing pop culture so much that you don’t respect the hurt it can cause a nation or people OR aimlessly defending something that no matter how hard you try will still have a tainted reputation. For a Colombian, Pablo Escobar is like the American equivalent of slavery and the civil war embodied into one person: It happened and the world is somewhat fascinated with it but as a nation you are ashamed that you are associated with something of the sort. And even that example doesn’t quite hold true…

As a travel writer, I strive to paint Colombia in the good light that shines on it today. I want to share the beauty of 3 Andes mountain ranges that cross its lands, the unique fauna and flora indelicate to the areas, and the geographic landscapes YOU won’t see anywhere else. Yet, shows like Narcos and movies about Pablo constantly bring up our pop culture fascination with its dark drug-lord past. With the Narcos on Netflix, I thought of all the places in Colombia that have a Pablo mark on them, though they might not be on your run of the mill Escobar tour…

Pablo tours can easily be found in Medellin, so this post isn’t to inspire you to travel to Colombia on the sole mission to see the world through Pablo’s eyes. It is easier to say, sometimes what something isn’t rather than what it is. I’m not sure what this is, so let’s leave it at what it isn’t.

Pablo’s hometown stomping grounds were in Colombia’s second-largest city. Known for the Cartel Escobar led, the city is also home to the Festival of Flowers where beautiful flower arrangements walk down the street on the backs of men. This city was the home of Pablo Escobar, where he grew up, and ultimately where he saw his demise. From the poor neighborhoods he put cocaine money into to his prison home, Medellin was Pablo-town.

Unofficially named “Club Medellin” and “Hotel Escobar” this is probably one of the most pivotal points in Pablo’s mark on Colombian history. Colombia’s national embarrassment came when Escobar literally walked out of the prison, showing the world exactly how respected he was among those loyal to him, the poor neighborhoods of Medellin, and those he paid off. La Catedral has since been converted numerous times over the years. Sings of Pablo’s residency are still seen, hiding around the property.

Located halfway between Medellin and Bogota, Hacienda Napoles was Pablo’s luxurious estate. It was also the original home of Colombia’s Hippos, who after Escobar left the estate made their way to the Magdalena River and other areas, including Puerto Berrio and Boyaca. Hacienda Napoles boasted a vast exhibit of the money made in the illicit drug trade. With its own bullfighting ring, classic car collection, and private airport, the estate was Pablo Escobar’s Peacock of a home. Today, the estate is a Jurassic Park-like theme park with a safari tour and water park. Remains of the druglord’s life at the Hacienda are still publicly accessible, though the structures were demolished years ago.

Pablo’s fear-mongering was paralyzing the country, one bomb at a time. As you walk down certain parts of Colombia you may not see the physical evidence but the places are still there. His fight with the government took the streets of cities across Colombia, turning civilians into victims of a narco war.

As the capital and center of the Colombian government, Pablo targeted the city early on. The Administrative Department of Security (DAS) headquarters in Bogota’s Paloquemao region was one of the most deadly attacks in Colombian history. Though the agency that was DAS is longer operating, the building where it once held its headquarters can be still standing. The building, however, is set for demolition in the next year.

Picking up a copy of either paper is a reminder of the vicious bombing campaign Escobar had. In completely different cities and bombed in different years, the effect was still felt as he tried to silence reporters and push fear into every Colombian household. It is said that reporters at the time feared so much for their lives they were consistently moving from place to place, avoiding any possible targeted attacks.

The bombing of the Hilton Hotel in Cartagena actually came from inside the 6th floor of the building. And by its nature of being a hotel, has created a weird paradox of tourism with many not even realizing it, meaning that you might be staying at this hotel with no idea of the connection it has to Escobar and the nations past.

Consistently Internally Conflicted: Confessions of the Girl Who Wrote This

As a writer, its not often that I find myself rewriting, editing, deleting, and rewriting, this post was nothing but. My internal conflict is only soothed by the fact that I didn’t include your stereotypical Pablo stops. I said before that I didn’t know what I wanted with this post, and I still don’t. But I guess the point I was trying to make is this: Pablo Escobar is a part of Colombian history that should be respected. Its a dark stained story, written on the pages of everyday people’s lives in the blood of their neighbors.

People will always be fascinated with Pablo, that is the reality of his legacy. So I guess the purpose of this post is to educate travelers going to Colombia that Pablo’s mark is all over the country. You don’t have to visit his grave site or birthplace to experience his mark on the nation. So, while I hope many of you reading this will be inspired to go to Colombia for reasons beyond Pablo; I hope you look forward to seeing a snow-peaked mountain from a sandy beach, that you go to discover the intricate and carefully curated process behind your morning cup, and that if you do seek Pablo you will do so with an understanding that for Colombia it can still be a very open wound.

American’s have never experienced this type of fear. And while I am on the camp of “boycotting Narco’s won’t change our history” I think there is something to be said for respecting a nation as it mourns and deals with its past. Pablo Escobar was during my lifetime and I remember bombs being placed around Bogota. I turn 28 in less than a month.

How do we embrace growth and accept the past without idializing it? How do we take an outsiders couriosity to another nations pain without insensitively intruding?
Save

narcospablo escobar
Everything You Want in a Boutique Hotel: Hotel Misia Maria Review
The McKenna’s Go To Colombia: Recap of Our Family Vacation