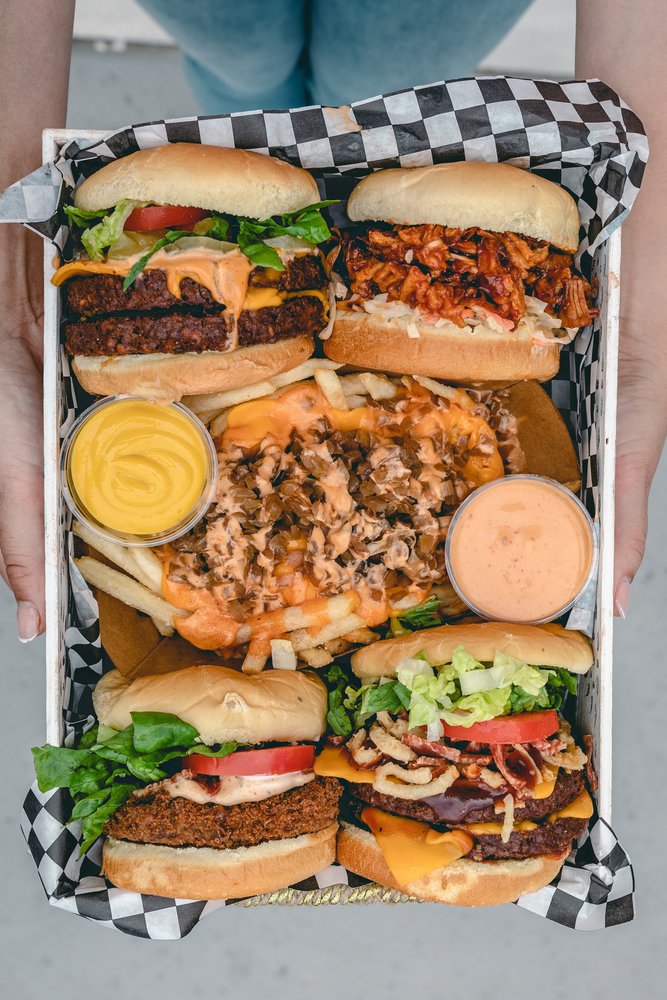 As we’ve been making our way through some of the best vegan restaurants in Chicago, I remember the first time I tried to go vegetarian in high school over ten years ago – blasting music on our way home. It was do-able in the sense that I ate french fries for lunch every day but it certainly wasn’t by any means a healthy way to eat. Over the next few years, I would jump back and forth between a pescatarian, plant-based, lacto/ovo, and vegan diet. One of the things I love about big cities is that vegan and vegetarian options in the restaurant department are becoming more and more common.

I remember traveling and having to stick to french fries, salads, and fruit. It isn’t a bad way to eat but it can definitely get boring really quickly! Lucky for anyone visiting the Windy City there are plenty of options. Here are my ten favorite vegan restaurants in Chicago that serve up amazing dishes!

In 1971, The Bread Shop was Chicago’s only vegetarian eatery. Today, you can find over 50 vegetarian and vegan restaurants in Chicago! And that doesn’t even include the vegetarian/vegan-friendly restaurants in town. Tim and I have spent the past 6 months exploring the veg scene in town which means these are all tried, Tim and Nia approved places to eat!

Alice and Friends’ serves Asian-inspired entrees & housemade desserts with awesome daily specials that don’t disappoint. This was the first vegan restaurant we went to actually and we loved it!

Chicago Diner is a staple in the Boystown Neighborhood! They’ve been “meat-free since ’83!” and serve all of your comfort food favorites and some delicious house-made desserts, you can’t go wrong here! You’ll want to share an app and don’t forget to save room for dessert, guys.

Oh man, where do I start with Kalish?! It is our go-to vegan restaurant in Chicago because it is so close to our house. We’ve tried pretty much the whole menu! It is a modern, no-frills counter service place serving up 100% vegan eats. Lunch, all-day breakfast & Sunday brunch, here we come!

Kitchen 17 is a BYOB (with no corkage fee!) cafe offering house-made seitan. They specialize in comfort food, house-made meats, cheeses, and desserts. Their daily deserts are ah.ma.zing! When it comes to vegan restaurants in Chicago, Kitchen 17 is one of the places where you can get good vegan Chicago deep dish pizza!

No Bones is a West Coast, Best Coast beach themed tropical place we went to on a cold winter day with friends. The cocktails are awesome, the food is great, and the theme is on point! They certainly prove that just because its vegan doesn’t mean it has to suck.

Veggie Grill has multiple locations around town. Their menu offers favorites vegan dishes as well as seasonal items that are perfect for the time of year. Their take on some classics like guacamole is refreshing!

We head to Native Foods once a week after our long Saturday morning bike ride. It is a tradition that I look forward to every weekend and something I’ve fallen in love with lately! And let me tell you, after a long ass bike ride that double cheeseburger with bacon calls my name like a siren luring sailors to the rocks. Don’t forget to download their app for $5 off your order!

Vegan Plate is very well hidden. If you don’t keep an eye out for it, trust me it is easy to walk past it. Tim and I did multiple times before we even noticed it and more than once when we were on our way there for dinner one night. It offers Asian dishes and only has a handful of tables making it very quaint.

The Chicago House of ‘Za

Finding a good place for vegan Chicago deep dish pizza was a mission Tim was ready to take on the moment we knew we were moving. And when his extensive research landed us at the House of ‘Za we were happier than a dog with peanut butter jar! There are literally 3 tables inside and it takes a while to get your order made so we highly recommend calling it in and then eating at House of ‘Za. This way you don’t have to wait too long! And if you are a fan of cold pizza like Tim is, save a slice. It is just as delicious the next day.

You might recognize Upton’s (Upton’s Naturals) from the grocery store since they sell meat alternatives at Whole Foods and other health food stores. Upton’s Breakroom is a diner at their original seitan manufacturing facility. They’ve since moved to a bigger facility but the Breakroom (originally used for employee lunches which Upton’s provides to all employees for free) is still a go-to vegan restaurant in Chicago.

Sian Ka’an Biosphere Reserve, A Bird Watchers Paradise
Moving Tips + Countdown: When To Do What So You Don’t Go Crazy