Welcome to America: Thank You President Trump for Making Me a Better Person

This election and its results have been hard for many people. My political inclinations aside (which if you know me or read enough of what I write aren’t hard to decipher), there has been one positive outcome though: I have become a better person.

Trump Makes Me a Better Person

I think we can all agree that there is division and turbulence, regardless of who you cast your ballot for, right? Since Trump became our fear-less/ful leader I made a promise to be a better person.

As a traveler I am always meeting new interesting people and I guess it helps that I am a friendly person. In light of recent events I find myself being more aware of who I am at the airport. What does that mean? What does that look like?

I smile more. Airports are proof that you don’t really know where someone is from and as the saying says you never really know what someone is going through. Sometimes a friendly smile from a stranger is that little something that tells you, I am going to be okay.

I make a point to have a conversations with those near me, especially fellow women in Muslim headscarves. Why? Because they might go their whole day not having a conversation with a stranger. Because people are cautious of our Muslim brothers and sisters in an airport. And because with everything the world and the new administration has put them through I want them to know that I care about where they are flying to, how old their new baby is, and because I want them to know that I support their culture, their religion, and their being here no matter what the reason.

I wait in line, I don’t get impatient, and I keep my cool. Getting huffy is contagious in an airport, even in our every day life one huffy stressed out person can domino into multiple stressed out people. I don’t want to add to the madness. So I smile at TSA agents (they are after all only doing their job). I say hello to anyone who makes eye contact with me. And I help my fellow passengers when they need a hand putting away their suitcase, grabbing a napkin, or finding a bathroom.

I am currently at an airplane cruising altitude of 39,000 feet making my way back home to Florida from Mexico. I have a window seat. My shoulders and only my shoulders are sunburned from Jaci and I’s fishing trip yesterday. My phone is at 39% battery. And I am on inflight wifi because T-Mobile rocks. My last flight was a little stressful. There was a medical emergency and we aren’t sure if the lady who stopped breathing made it.

Next to me? An Iranian husband and wife, no different than Tim and I, exhausted from an 18+ hour journey that started in Tehran. They are young and show a tiredness that goes beyond a long day at airports, one that they won’t be able to sleep off immediately. The kind of tired exhaustion that most people don’t know. The kind that only shows itself in subtle gray hairs and worry lines caused by political unrest and an unsure future.

I know this because I saw her putting away her passport and as the Arabic gold embossed words glimmered in the sun through our airplane window, I asked where they were from. “Iran” he said.

I smiled, excitedly, to see that they didn’t hide where they were from something I have seen many Middle Easterners do in our post-9/11 world. I told him that I loved middle eastern food and had just last night learned to make Persian rice from Penny Davidi‘s mom who is also from Iran. I tell them both that I have never been to Iran but someday hope to go and that I have been to Turkey, Morocco, and Israel where I have fallen in love with Middle Easter food and culture.

He asks me (in what he later says is horrible broken English but I think is really a testament to his journey) “when you hear Iran today, what do you think?” A loaded question to ask a stranger on a flight. But I don’t skip I beat. I tell him full of love, hope, and sincerity- “I’m not your average American. I think the Middle East is beautiful, it has a rich culture, its food is delicious, and its people are welcoming. I love the Middle East.”

He smiles, a white teeth showing kind of smile and tells his wife in Arabic what I said. She has the same reaction, both filled with a combination of joy and relief due in part to the fact that it is their first time here. Our conversation continues as we break the Fight Club single serving friend mold. They tell me that she has just recently won the visa lottery to come to the US, allowing me to see a glimpse at their hopeful dreams of a possible new life here.

They tell me their president has announced a new policy making it illegal for Iranians to travel to the US due to our current president which takes effect later this week so they chose to come quickly, starting their journey in Tehran in what was still “today” but really will consist in over 28 hours of traveling. I immediately feel an emotion that is hard to explain – it is a mix between guilt, responsibility, duty, and desire to make them feel less like outsiders in a foreign world. I say, again, without missing a beat, and a smile “Welcome. You are so welcome here and we are glad to have you! Contrary to what our president says you are welcome!”

They say thank you, again relived that I feel the way I do. I pull up on my phone the articles I have written about the Middle East and show them. And they let out a sigh of relief as they comment on how positive I view the region, grateful and humbled at the same time. I make the point that a nation’s people are always harshly judged and that many things are out of the control of its citizens. Their expression changes. They see that I understand so I tell them that I am from Colombia, a country that too often has dealt with negative backlash because of the actions of few. They have gone through so much to be here and they are so close to their final destination as the pretzels are given out and I order a ginger ale.

And here I am, a white young professional with her MacBook Pro, iPhone, iPad, and $100 North Face backpack on the tray table having just returned from an all expenses paid trip to Mexico. Holding back tears. Sitting next to two people who left everything to start a new life, away from a government they didn’t ask for, branded with a passport they didn’t pick, and carrying the stigma of a nation and a burden no person should have to explain.They are Iranians, something they had no control over just like you and I had no say in what boarders we were born in. They so easily could have been Tim and I, starting a new life. It has been a long day, but I am so grateful to have been seated next to two amazingly inspiring people who I couldn’t even begin to explain how in awe I am of them I am or how much I respect their bravery and strength. 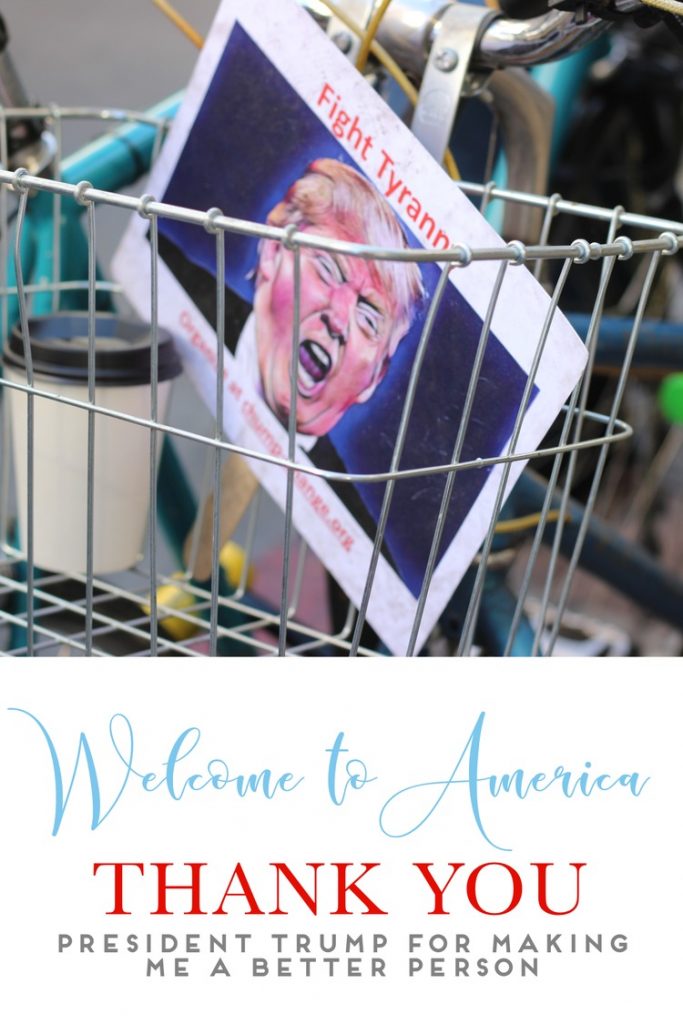 10 Colombian Festivals You HAVE to Check Out!
A Taste of Mexico’s Loreto, Baja Sur